The 4 Most Important Tennis Tournaments

There are four important tennis tournaments in the world and they take place in different countries between January and September. Very few tennis players can say that they've won all four. 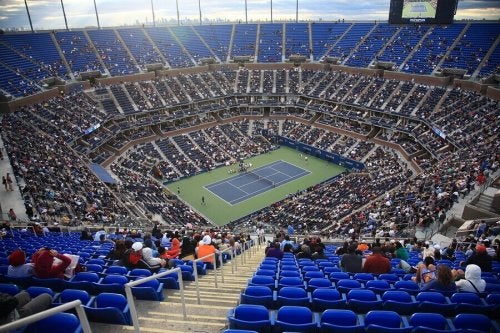 Grand Slam tournaments are the most important agenda on the tennis calendar year. Organized by the International Tennis Federation, participants face-off to win the best of five or three sets, men and women respectively. Learn all about the Grand Slams in our post today.

The most important tennis tournaments

The term “Grand Slam” started in the 30s and actually originated from golf, which in turn borrowed the term from Bridge. Journalist Bud Collins used the term in reference to the Australian tennis star Jack Crawford, who already won three of the four tournaments that year.

In his words: “If Crawford wins [the US Open], that would be something like scoring a grand slam on the courts”. Ultimately, he didn’t win the last tournament but the term stuck from thereon. The four most important tennis tournaments are:

1. Australian Open: one of the most important tennis tournaments

The Australian Open uses a hard court surface and takes place during January in Melbourne. The Open started in 1905 and has allowed professional tennis players to participate since 1968.

The competition has various categories: men’s and women’s singles and doubles; there are also mixed doubles as well. The Australian Open is held during the summer and due to the extreme temperatures, officials often pause matches to avoid the heat for several hours.

The tennis stars that have won this tournament (the most amount of times) include Serbian Novak Djokovic (seven times) and Aussie Margaret Smith (eleven times).

The French Open takes its name after aviator Roland Garros and players face off on clay courts. The French Open started in 1891 and is organized by the French Tennis Association. Alongside the Australian Open, the Roland-Garros is also a Grand Slam tournament.

The Roland-Garros takes place between the end of May and the beginning of June in the same Parisian stadium that’s hosted the event since 1928. The players in the final match face off in on the main court, Philippe Chatrier. Spaniard, Rafael Nadal (eleven) and American, Chris Evert (seven) have won this tournament the most.

3. Wimbledon: one of the most important tennis tournaments

The third most-important tennis tournament has players competing on grass courts. All England Lawn Tennis has organized Wimbledon since 1877, making the oldest and most prestigious tournament in the world. Wimbledon takes place from June to July in England.

While the tournament officially extends for just two weeks, weather conditions– mainly rain– can force officials to reschedule matches and extend the tournament.

The final match takes place on Centre Court. The main court has featured a retractable roof since 2009 to limit rescheduling. On another note, Wimbledon is the only tournament that requires all the players to dress only in white.

In addition, female players are addressed as, “Miss” or “Mrs” depending on their marital status, while men are referred to solely by their last name. The biggest winners of Wimbledon are Swiss, Roger Federer (eight titles) and Czech, Martina Navratilova (nine titles).

4. Last but certainly not least, the US Open

The last of the most important tennis tournaments take place during August and September. Since 1978, the US Open has featured hard courts. In addition to its courts, the US Open also changed its location various times throughout history. But, the tournament currently takes place in New York.

As for the women’s record, Molla Bjurstedt Mallory takes the lead with eight titles. All of these players are from the United States. 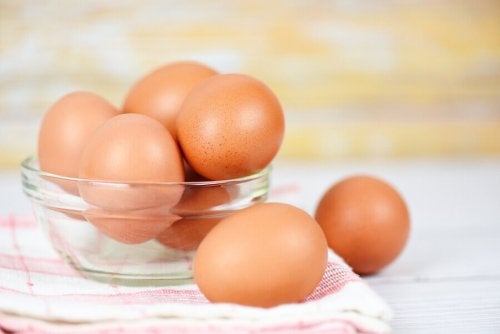 Eggs May Lower Blood Pressure
Although eggs were thought to be a questionable food course for healthy diets, recent studies confirm the opposite! Can eggs lower blood pressure? Read more »
Interesting Articles