Throughout history, there have been tennis players who have dominated the grass for a period of time. Up next, we'll analyze some of the best. 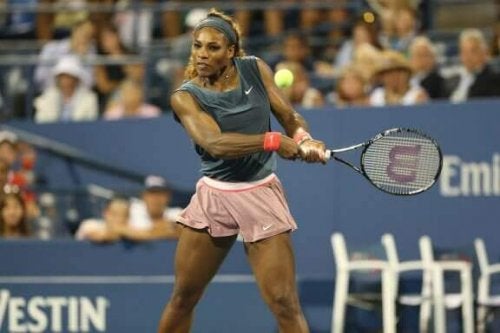 In the world of tennis, playing on grass courts isn’t easy. However, we can mention several athletes who have managed to master this surface. They are considered the best grass court players in tennis history.

Even if they didn’t each achieve this triumph the same way, without a doubt, it’s worth taking a moment to review their unique trajectory. In the end, the common denominator they all have is their perseverance and desire to excel.

The mastery of certain techniques is the reason why these athletes are making history.

The feminine power on the grass

Among the best players in history on grass courts, there are several exceptional women whose trajectory is recognized worldwide; even by people who aren’t followers of the sport.

The most famous are the Williams sisters who have won 12 Wimbledon awards between them. Seven awards have been won by the younger sister, Serena Williams, and the other five are from the older sibling, Venus Williams.

It’s worth noting that one of the Wimbledon awards that Venus obtained was through beating her sister Serena in the final. On the other hand, Serena has also snatched this trophy from Venus on four occasions during finals in this tournament.

The progress of Federer in grass courts

Firstly, we have to highlight the best tennis player in history, Roger Federer. He’s won seven Wimbledon championships and eight in Halle. Moreover, he’s the player with the most titles in history on grass courts.

This man from Switzerland has a record of 152 victories and 24 defeats on this surface. Hence, he has established himself as the best grass court tennis player in history.

Roger’s style of serve and volley was one of the best, but he knew how to evolve and maintain his performance on the fastest surface in the world of tennis, thanks to his serve and backhand.

Pete Sampras, the king of the court

Up until Federer’s reign in tennis, mainly on grass, Pete Sampras was the best player. He was another champion with a great command of the volley style due to his powerful serve. Thus, it led him to dominate tennis on grass.

His record is winning seven Wimbledon championships. He also became the first player of the Open Era to win seven Grand Slams from the same tournament. Besides the Wimbledon trophy, the American won other titles on grass and has a record of 101 wins and 20 losses.

Pete Sampras has made statements assuring that in his prime tennis condition, he could’ve beaten Roger Federer in a match.

“I think one thing Roger doesn’t see on grass is a true serve and volleyer, someone that’s willing to come in and put pressure on him. My game would make Roger a little more uncomfortable. I would come in on both serves, put pressure on his backhand, and go from there. Do I think I could have beaten him? Sure. I don’t think anyone could have beaten me in my prime on grass. I felt unbeatable in the mid-90s”

This American holds one of the best records on this surface with a total of 121 wins and only 20 defeats. These victories helped him raise the Wimbledon title three times and reach the final on two other occasions, but with different results. Furthermore, he has eight well-deserved titles in his record.

Another tennis player that we can’t forget is Bjorn Borg, capable of breaking precedents and dominating both the clay and grass courts.

This man, from Sweden, won six titles on grass courts and five of these were consecutive in the Wimbledon tournament; something that nobody until then, had achieved.

Borg was able to overcome those players with a serve and volley style of play, thanks to the fact that he mixed his back game with his way of going to the net. He holds a record of 61 wins and 11 losses on this surface and he retired at the young age of 26.

We could talk about several other great players on grass as these players aren’t the only ones who have dominated this surface. Nonetheless, those mentioned have been the best grass court tennis players in history.