4 Consequences of Exercising While Sore 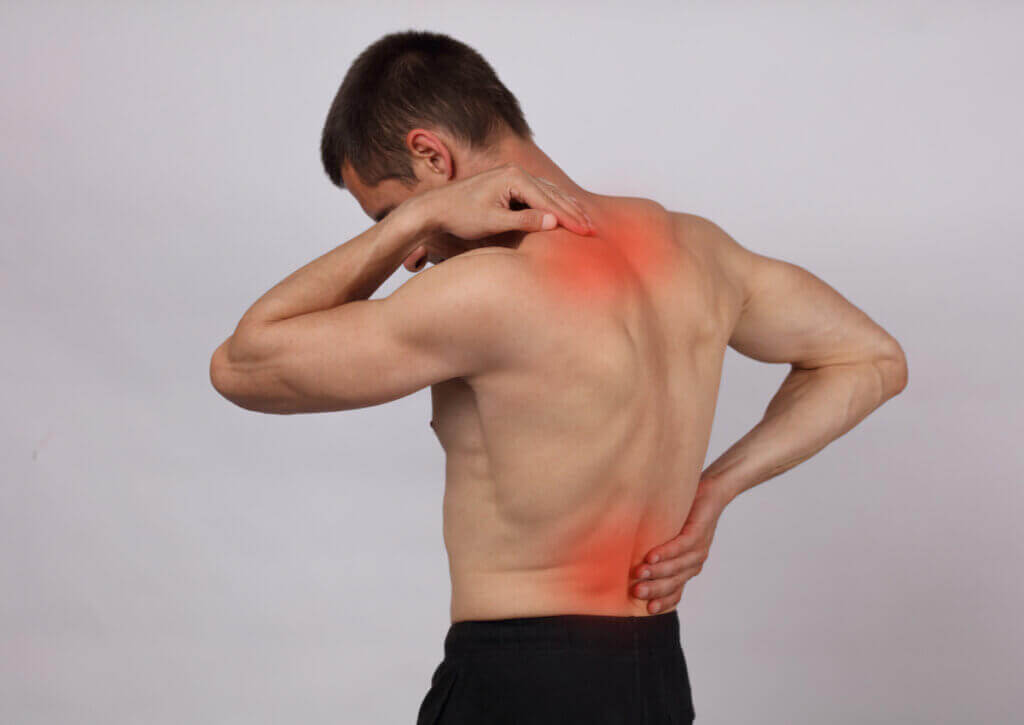 Soreness is one of the most common muscular affectations when it comes to athletes. It mainly affects people who are just starting to practice a certain sport or a new exercise. It occurs due to the fact that their body hasn’t yet developed the structures to sustain the required effort. It’s important to avoid exercising while sore.

Read along to find out what soreness is and why you shouldn’t exercise until you recover.

Soreness is caused by muscular micro-tears. Micro-tears are nothing more than various muscle fiber tears.

Micro-tears cause late-onset pain. This means that the pain usually occurs the next day after exercising. Exercise-induced soreness is also known as DOMS (delayed onset muscle soreness).

In addition, according to the Journal of Sports Sciences, protein supplements can help overcome soreness quickly.

Since soreness is a result of muscle injury it’s important to fully recover before resuming your routine. The following are the main consequences of exercising while sore.

The fastest way to recovery is to rest. Therefore, it’s counterproductive to exercise while sore.

Although DOMS is nothing more than a mild injury, it’s important to keep in mind that the soreness is caused by micro-tears. Exercising while suffering from micro-tears can cause actual muscle tears.

Imagine having a scarf between your two hands. If you pull on both ends, nothing will happen. However, if the same scarf has several broken threads, it’ll be a lot easier to rip it in half. The same concept can occur with your muscles.

Hazardous to other structures

The body needs to be in good condition in order for it to function properly. Since it’s composed of many parts, the body requires all of it’s structures to fulfill their specific functions.

Therefore, if your muscles are sore, you may change the way you exercise in order to adapt. This adaptation will compromise technique and add stress to other structures. Other muscles may have to work harder in order to compensate.

Finally, it’s clear that we can’t exercise to the best of our ability while suffering from a muscle injury. This is due to the fact that the muscle in question won’t be able to produce the necessary amount of strength. As a result other muscles will become fatigued sooner since they’ll be forced to exert more effort than usual.

Does feeling sore mean no exercise?

Although it may seem like you may need absolute rest while sore, this isn’t the case. Spending two or three days doing nothing can be a major blow to an athlete’s fitness.

Therefore, exercise can be carried out if it doesn’t use the injured structure. If your legs are sore you can work out your arms and core. If your arms are sore, you can go for a run.

It’s also important to clarify that a good way to recover from soreness is to carry out the same exercise that caused the injury, but at a much lower intensity. For example, if you’re sore from running, walking may be beneficial to relieve the pain.

Back Pain After Training: Why Does It Happen?
Since it's such an important structure, there can be lots of different causes of back pain. These are the most frequent causes of back pain after training. Read more »
Link copied!
Interesting Articles
Health
What is Sadorexia and How Does it Affect the Sufferer?

Having some sort of pain in your foot can be really limiting. Every step you take is going to be…

Health
How Can We Follow The Injury Recovery Process?

Whether you're an athlete or not, it's fair to say that at one point in your life you'll suffer from…

Injury and prevention
How to Treat a Muscle Strain

Have you ever suffered from a strain? Athletes are exposed to a whole range of injuries. Some injuries affect certain disciplines more than others. However, in most sports, muscle injuries…

Injury and prevention
Back Pain After Training: Why Does It Happen?

You use your back muscles in practically every exercise you do on a daily basis. So, when you train, you…

Injury and prevention
How to Prevent Injuries When Playing Padel Tennis

Before taking up any sport, it's always a good idea to read up on considerations to prevent any injuries, and…