What Are Common Soccer Injuries?

You have to be physically fit to play soccer since injuries can affect many structures in the body. Find out about the most common soccer injuries in this article.

Soccer is the most popular sport in many parts of the world, including Spain and several countries in South America. Therefore, knowing about common soccer injuries will help us understand what we’re up against and how to prepare.

Before we begin, it’s important to keep in mind that soccer is a very demanding sport. This is due to the actions that it demands. For example, there are abrupt changes in rhythm, ball kicks, collisions between players, falls and jumps, and many more.

Due to how it’s played, it makes sense that most injuries occur to the lower limbs. In soccer, the hips, knees, and ankles are the joints that suffer the most.

In terms of muscles, the hamstrings, quadriceps, and calves are the most affected. There are also the feet and ligaments. Everyone is susceptible to injuries in a sport where you have to run constantly, in addition to almost permanent physical contact.

Sprains: one of the most common soccer injuries

We’ll start common soccer injuries with sprains. This is an injury that occurs when a ligament stretches more than it can resist, or too abruptly.

Within this type of injury, the most common sprains occur in the ankle. Usually, it’s when you take a step incorrectly. Instead of stepping with the sole of the foot, the athlete steps with the outer edge. However, you can also sprain the lateral knee ligaments or the cruciate ligaments, which we’ll talk about later.

Within this category, there are several types of muscle injuries that you can suffer from when playing soccer. These include contractures, strains, tears, and breaks.

Any level of muscle injury can happen when you’re running for 90 minutes or more, changing pace, kicking, and jumping. As we’ve seen before, these injuries will mainly affect the leg and thigh muscles.

Two of the most serious injuries in soccer involve the knees. First, meniscus injuries. This structure is susceptible to injury in high-impact sports. For example, when jumps and shocks abruptly compress the femur against the tibia.

Second, cruciate ligament tears. These ligaments serve the vital function of preventing the knee joint from making abnormal movements. If the knee twists while the foot is on the ground, the ligament can’t hold the tension and can tear. In fact, this is an injury that you have to fully recover from and will keep you out of the game for several months.

Bones are also susceptible to breaking in soccer. This can be mainly due to collisions with other players, aggressive tackles, or falling incorrectly.

Fractures don’t have to be as serious as they sound; for example, there might be a microfracture. In any case, you need to wait for it to heal fully to prevent a major fracture.

Due to the repetitive movements of soccer, other injuries often appear as well. For example, pubalgias or pathologies that affect the pubic area, such as osteitis pubis. These happen from continuously pulling the muscles in this area.

On the other hand, there are stress fractures, where a bone suffers small breaks due to small continuous impacts. In addition, there’s also joint wear, bursitis, or tendinitis.

There are many common soccer injuries

From what we’ve learned, it’s clear that many structures are put at risk when we play soccer. The chances of injury are greater if you play frequently, or if you aren’t prepared.

To prevent these common soccer injuries, it’s important to be in good physical shape, even if you’re just playing with friends from time to time. Having a good cardio base and basic strength will help prevent many injuries.

Likewise, if you practice it often, you should try to include sessions from other disciples in your routine. This way, you rest the structures that always suffer in soccer and work your body in different ways.

Finally, we also want to mention the importance of a warm-up, an irreplaceable part of your soccer routine. When warming up, you make sure that the muscles have the necessary blood supply, that they’re flexible, and that the respiratory system is active.

There are certain traits that are common for all musculoskeletal injuries. Following the correct recovery process will help you to recover. 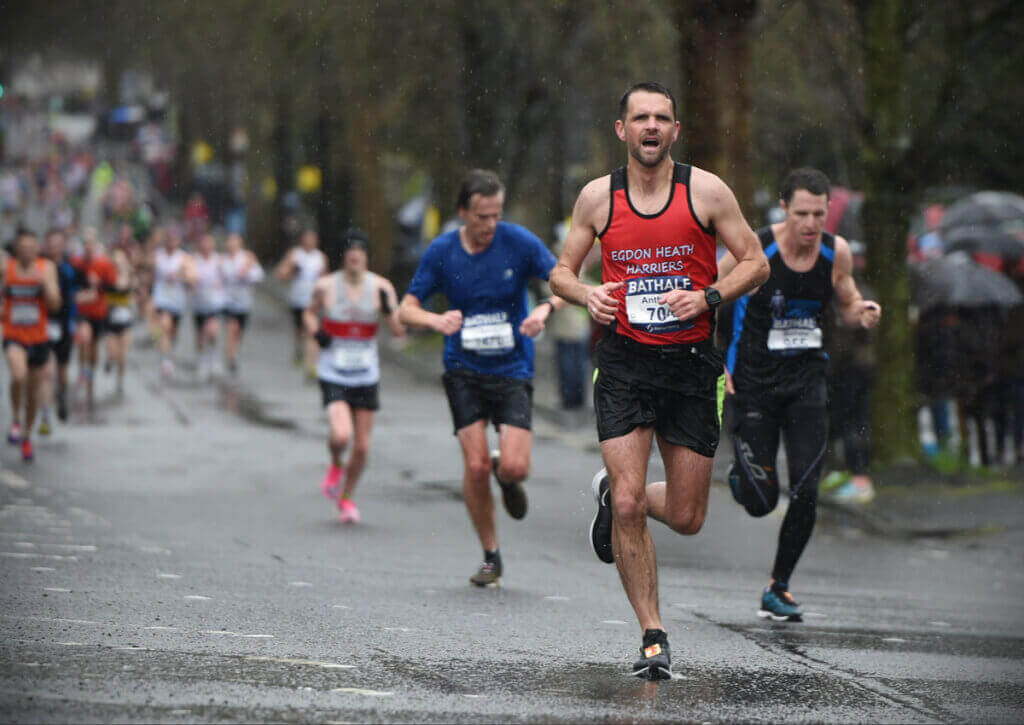 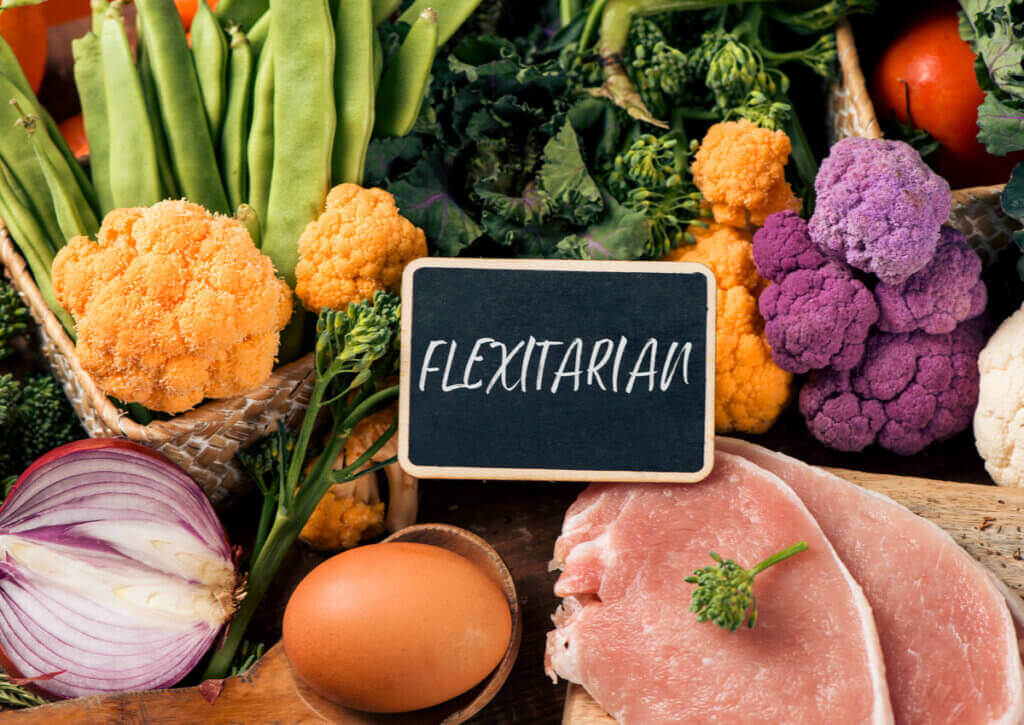 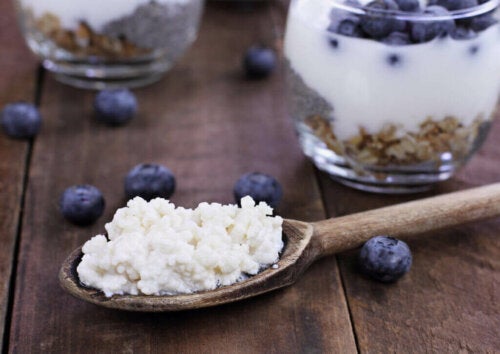 Why Are Probiotics So Important? What's Their Role? 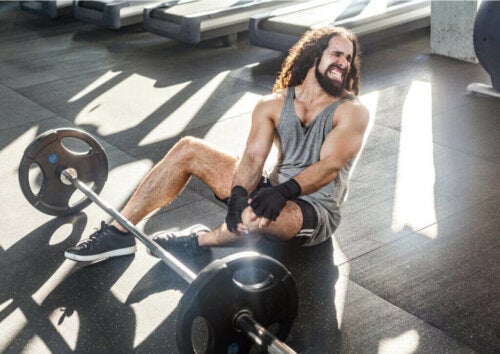 Preventing injuries in fitness rooms or anywhere else you exercise is very important. Most people exercise to improve their well-being…

Injury and preventionThe Importance of Sodium in Endurance Sports

Sodium is a mineral that actively participates in the transmission of nerve signals. You can find common salt in most…

The technical name for a cauliflower ear is an auricular hematoma. In plain words, you could say that it's an…

HealthEffects of Aging on Physical Condition

There are numerous physical effects of aging, and, for most people, they can be harmful. However, it all depends on…

HealthRisks of Training Too Much

Being motivated is a fundamental trait that every athlete with hopes to improve should have. However, it can also backfire. If we rush our training and spend the time that…

HealthWhat are the Causes of Achilles Tendonitis?

In this article, we're going to go over the causes of Achilles tendonitis, which can be a very painful injury.…