Competitive people find themselves strongly motivated to be successful. No challenge is impossible. They don’t find themselves intimidated by adversity. Take a look at what qualities define these athletes. 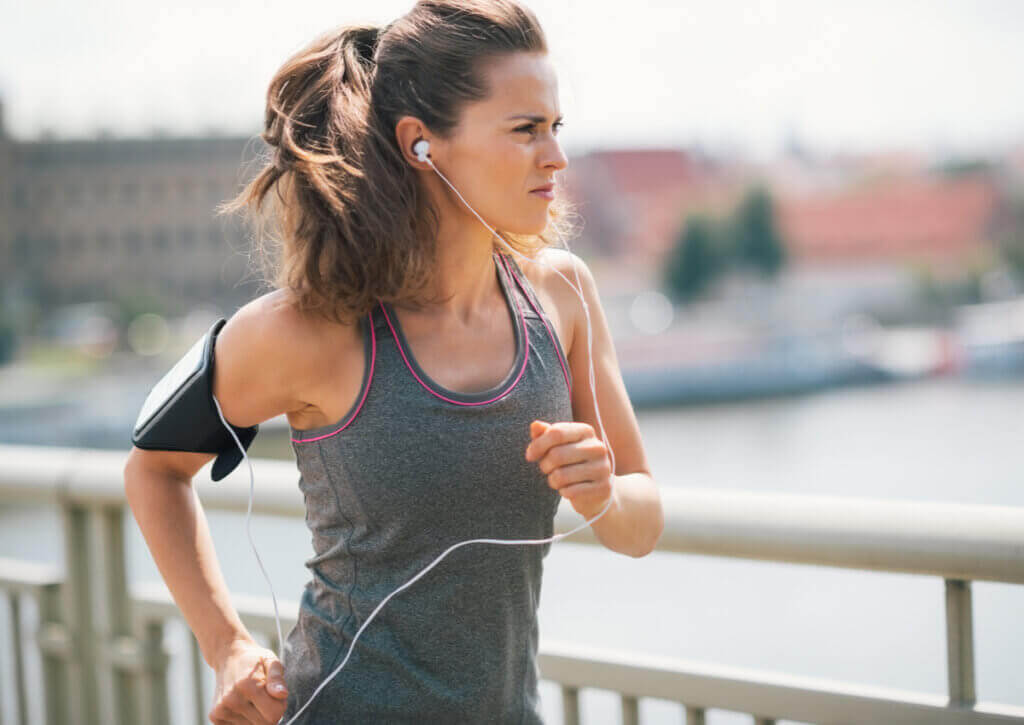 We all know competitive people. But those individuals that make any activity a competition are capable of giving the best of themselves in order to win. They never give up no matter what!

Being competitive isn’t a good or a bad thing in itself. Just with any other trait, it has its advantages and disadvantages, depending on the situation and person. There are moments where being a competitive person is beneficial. This is because it inspires the person to maximize their effort and sacrifice; but in others, it can be an obstacle, especially if the person doesn’t know how to manage the frustration that defeat brings.

We often think of competitive people as dominant people who’ll do anything possible to win, even if that means playing dirty. However, this isn’t necessarily true as competitiveness is also associated with positive qualities such as leadership or tenacity.

Although everyone has their own unique personality, there are certain traits or behaviors that competitive people always present, as explained below.

Competitive people are always searching for new challenges to overcome. Routine and lack of action are uncomfortable and they try to avoid it at all costs.

This attitude allows them to immerse themselves in new projects and not fear change. Unstable and unpredictable environments are where competitive people find themselves most content.  They see these situations as opportunities to demonstrate their skills and beat their rivals.

Also, their strong motivation to win means they don’t abandon a task until they’ve completed it. Setbacks and complications aren’t a reason to throw in the towel.

They constantly surpass their limits

A competitive person isn’t limited by their comfort zone, for the simple reason that they don’t have one. Limits for this kind of person are just obstacles that interfere with their ability to keep moving forward towards victory.

As mentioned above, competitive people aren’t afraid of challenges, which in addition to the fact that they don’t acknowledge their limits, results in a combination that creates a practical attitude and the desire to keep improving.

That doesn’t mean that competitive people believe they’re perfect. They’re aware that they’re flawed, as with all people, but they don’t allow this to be a disadvantage.

They dedicate more hours to activities they enjoy

It seems obvious that competitive people dedicate more time to their hobbies and favorite activities. But behind this statement, there are other very interesting psychological relationships between variables.

According to a study conducted by CEU Cardinal Herrera University on soccer players, playing sport has a strong, positive correlation with competitiveness and fights against social anxiety. The study also showed that there’s a positive correlation between the level of competition and how fun the experience is.

Additionally, the level of consequence and compromise was higher amongst competitive people, so it seems logical that they dedicate more hours to training and receive more satisfaction from these activities.

These individuals are in a continuous state of learning. New challenges require new solutions because to be successful you can’t apply a one-size-fits-all solution already learned from a previous situation.

To achieve success, a competitive person has to develop divergent thinking – a way of thinking dedicated to continuously searching for solutions to everyday problems.

You could say it’s similar to a business analogy; businesses that struggle to stay in the competitive market must develop new concepts and ways of operating. It’s the same for competitive people. Their desire for success acts as a motivation to continuously reinvent themselves.

They view competitiveness as valuable, not a burden

Until now, the traits of competitive people have been viewed positively, emphasizing the advantages over the disadvantages, but being competitive also has a dark side.

If this trait is poorly managed, it can be a huge setback for a person. For example, for people that take competition personally or those that don’t know how to determine opponents from enemies. If that’s the case, being competitive has more negative consequences than positive ones and it can cause the person anxiety.

Overall, being competitive can be an advantage when you know how to manage competition correctly, for which working with psychologists, trainers, and educating yourself on sporting values is fundamental.

What Traits do Competitive People Share?
We all know competitive people, but those individuals that make any activity a competition are capable of giving the best of themselves in order to win. Read more »
Link copied!
Interesting Articles
Health
The Importance of Good Mental Health in Athletes

SPORTS PSYCHOLOGY
Is It Good to Criticize Yourself?

Every athlete has to self-criticize at some point. When you lose a game that seemed easy or you doubt your…

SPORTS PSYCHOLOGY
What Are the Benefits of Having A Flexible Mentality?

Having a flexible mentality is one of the best qualities a person can have. Most problems don't have a single…

Health
Winning or Improving: Which Is More Important?

On many occasions, athletes are faced with the task of choosing between winning or improving. This means that they have…

The influence that the audience has on an athletic performance has been highly studied in sports. No team, athlete, or…