Winning or Improving: Which Is More Important?

Different athletes are motivated by different goals. Some are more attracted by victory and by the recognition of their rivals. Others prefer to dominate and perfect their own abilities. Which is the more important of the two? 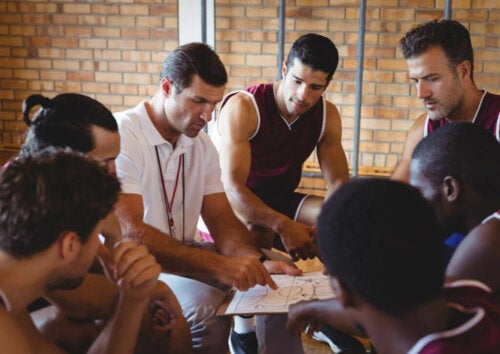 On many occasions, athletes are faced with the task of choosing between winning or improving. This means that they have to focus their objectives, as well as their training, on either being better than their rivals or being the best version of themselves.

This choice isn’t always easy to make, since each athlete has their own way of understanding their sport or competition and its objectives. Also, these goals aren’t set in stone, and the trend toward one or the other direction can change various times throughout the season.

For example, during pre-season training, it’s common to focus on improving. However, at other times, such as classifying for the world championship, the focus changes to winning and beating others.

On the other side of the coin, choosing between winning and improving has important psychological consequences for individual athletes in other areas. Examples of these areas may be their motivation, confidence, level of commitment, and thoughts.

It’s crucial to clearly understand how these areas can affect the athlete. Knowing how your goals can affect you can help you to appreciate when it’s better to focus on winning, and when to concentrate on improving.

For all of these reasons we mentioned, in this article, we’ll show you a few simple tips that you should take into account to help you decide between winning and improving.

Where are your goals leading you?

When an athlete has to choose between winning or improving, they’re really deciding whether to direct their efforts toward others or toward themselves. Sports psychologists distinguish between the following areas:

Even though these two areas might seem a bit abstract, they can make it easier to get to know what motivates the athlete. Then the athlete can direct their training towards one of the two objectives.

For instance, an athlete could use the TEOSQ (Task and Ego Orientation in Sport Questionnaire). This test is proven to be valid and reliable to evaluate both types of motivation. This questionnaire was described in an investigation in the Sports Psychology Magazine.

How does defeat affect you personally?

One way of knowing when it’s better to focus on winning or improving is knowing how the athlete reacts to failure. That is, what their thoughts, emotions, and actions are after losing a competition.

Many athletes struggle with dealing with defeat. It can be a serious blow to their self-confidence, and they may start to have doubts about their performance in future competitions.

In these cases, concentrating on winning above all else isn’t good for performance or well-being. On the other hand, if they focus on improving and learning, it might not be so difficult for the same athlete if they lose again. Each competition is a new experience, and athletes can always learn something to improve their performance independent of the result.

Winning and improving: learn to plan the season

The established objectives throughout the season change according to the athlete’s progress and depending on the events in their calendar. Also, the athlete should remember that unforeseen events and circumstances can come up, and they must be able to adapt to them.

In every season, there are times where it’s better to concentrate on perfecting physical abilities or techniques. There are also other times when the results should come first. Both of these times aren’t mutually exclusive, but rather they can complement and overlap.

Concentrating on improving can be helpful when facing competitions where the perfect form is crucial. Of course, after a competition, the athlete can always make a self-analysis of how they went. It’s good to pick out aspects to work on in the future.

Be careful of burnout

Being obsessed with winning or making personal progress at all costs isn’t healthy for the athlete’s mental health. Training and resting are both equally important. In the same way, an athlete should keep refocusing their objectives to stay motivated and driven.

To avoid burnout, it’s very important to establish definite rest periods, but this isn’t enough. The athlete must also work on their irrational thoughts. Here are some examples of these thoughts. “The more I train, the more I’ll improve”. Or perhaps, “The only thing that counts is winning; if I lose, I’m a failure”.

It’s important to have a balance between winning and improving

Winning as well as improving are really the two principal goals of any athlete. Throughout the season, at times one may be a little more important than the other. However, the two are both equally important.

Lastly, a word of advice. To reach both goals, it’s necessary to establish a plan of action and commit to it. It doesn’t matter how motivated an athlete might be; at the end of the day, actions are what counts. Progress and victory don’t come to all who simply wish for them, but rather to those who work hard and don’t give up.

The Mental Challenges of Sports
Every sport has mental challenges that put an athlete's psychological abilities to the test. In this article, we’ll discuss the most common ones. Read more »
Link copied!
Interesting Articles
Physical therapy
Exercises to Treat Pes Anserine Bursitis