Home » Sports » How do Elite Athletes Train During Quarantine?

How do Elite Athletes Train During Quarantine?

During quarantine, it's hard for elite athletes to train the way they're used to. Some have access to a home gym, while others must innovate. 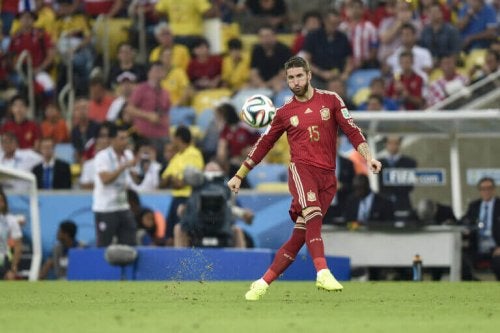 If it’s hard for regular people to exercise at home, imagine how difficult it is for elite athletes to train during the quarantine. In this article, we’ll cover some of their training plans and routines. We’ll also talk about how they’re using whatever is available to avoid falling off track from their routines.

We can often see them on social media showing their home lives, with their families and pets, reading or cooking, in the pool, or doing fun activities, such as the toilet paper challenge!

However, the reality is that quarantine will be a real problem for elite athletes in the future. Not being able to train as they used to can mean that they won’t be in a proper physical condition when the leagues and competitions resume.

How elite athletes train during the quarantine

Because of the reason we explained above, many athletes have chosen to adapt their routines so they can work out at their personal gyms. Some have even transformed an area of their home into a training spot.

With creative inventions and hacks, they try to not lose their physical condition and continue with their usual training routine. Some of the elite athletes who’ve shared the way they train during quarantine are:

The captain of the Real Madrid and the Spanish National Team is very active on social media. He’s shown on numerous occasions how he exercises on a treadmill inside his home. He’s also posted some pictures of him working out in his personal home gym, along with his wife, Pilar Rubio, and their little ones.

The Barcelona star tries to stay active during these days of mandatory quarantine in Spain. He uses his home gym every day and uploads videos and pictures to his social media. We can see him training and having fun with his children at the same time, especially with the youngest, Ciro.

He’s another one of the most important athletes in the world of soccer, currently playing on the Paris Saint Germain squad. Neymar posted a picture on Instagram of him training in his personal gym. In the image, he’s wearing the Boston Celtics NBA jersey and sitting on a weight bench.

Besides the soccer players we mentioned, we’ve also been able to see the 2012 Olympic weightlifting champion in London, Lydia Valentin, training at home with her discs. Karate fighter, Sandra Sánchez, also continues with her routine while complying with the mandatory quarantine.

Besides keeping up with their routines, elite athletes have also taken the opportunity to play and relax during the quarantine. Of course, they document and show all of this on their social media.

For example, Serbian tennis player, Novak Djokovic, shared a video that went viral in just one day. He was playing tennis in his huge living room, but instead of using rackets, he was holding a frying pan! Novak proved that he’s a tennis expert even when playing in a space much smaller than a tennis court, and using kitchen utensils instead of professional equipment.

He also lined up chairs in a row to create the net. It’s totally worth watching! Furthermore, it’s also important to mention that Novak announced he would be donating one million euros to the health authorities of his country so they could buy respirators and other equipment. By doing so, he joins the list of athletes who have donated money to the cause.

Lastly, in another TikTok video, we can see Vinicius, a Real Madrid forward, dancing to a song by Justin Bieber. The Brazilian is taking advantage of the quarantine to prove that, besides playing soccer, he can also dance without any problems.

The key to train during quarantine: commitment and fun

In summary, we can see that professional athletes don’t differ much from any other person in the current world situation. Like all of us, they also try to spend their time fulfilling their obligations as well as they can, but also enjoy their families and free time! 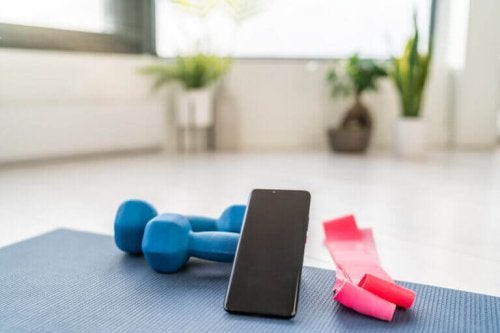