Brawn GP: the Surprise of the Season

Winning victory at a max-category competition like the Formula 1, is no easy task. But, this new team surprised the world when Brawn GP made history in 2009. 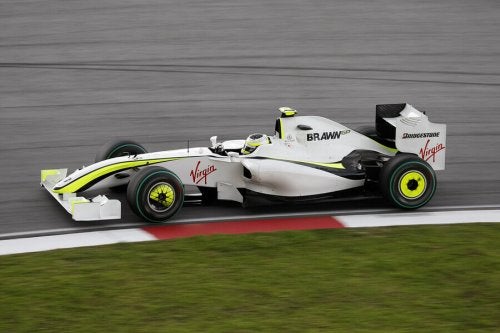 The 2009 season of the Formula 1 was a surprise, shock and full of controversy. Everyone was talking about one name: Brawn GP. The team debuted and turned betting houses upside-down. In today’s post, walk through the 2009 season and learn how Brawn GP shocked the world.

The beginning of Brawn GP

In December 2008, Honda announced its decision to leave Formula 1. While the Japanese team had made considerable investments on their team, the results failed to meet their expectations. Thus, they decided to bow out and end the losses.

But, in their last attempt before leaving the track, Honda decided to sign Ross Brawn, who had left Ferrari.  When Brawn joined the team, he voiced the need for a big makeover; he got to business and worked through 2008 to fix a champion racing car for the next season.

But Honda’s patience wore out and at the end of the 2008, they sold the team to Ross Brawn and stepped out. Brawn, aware of the revolutionary racecar, founded his own team. And that’s how Honda changed to Brawn GP; and that’s where the miracle begins.

While Brawn dedicated an entire year to the car, he knew from the moment he paid that symbolic pound that it was going to be a rough ride. His first task was to fit the car with a new Mercedes-Benz motor.

The first half of the season

Brawn GP already created waves in the pre-season, leaving the other teams shocked. In the first race, Jenson Button had the pole position advantage and won. Rubens Barrichello, his teammate, snagged second. It was undoubtedly the perfect start to what was to come.

Jenson Button went on to win the next five out of the six races; his “worst” standing was third place in the China Grand Prix. It was only June and the championship was practically already in the bag.

The second half of the season

As the season rolled on, Brawn GP lacked the capacity to improve as the other teams did. Consequently, they started to catch up.

Brawn’s racers even failed to impress at the Monza Grand Prix. They finished the season by being towed away and off the podium. However, despite their finish, the incredible first half of their season gave Brawn the leeway to end as poorly as they did and still take home the world championship title.

The key to success: double diffuser

If there was a reason for Brawn GP’s amazing victory, it was the brilliance of Ross Brawn. The Brit knew how to change with the times. The competition rules had a loophole and Brawn knew just how to take advantage of it.

He created a double diffuser, which increased the racing car’s aerodynamic load considerably. At the beginning of the season, the other teams quickly realized the key to Brawn GP’s success and worked against the clock to copy it.

By the time all the other teams incorporated their own double diffusers to their racing cars, Brawn GP had already won half of the races in the season. The advantage would give them plenty of slack for their future losses.

Brawn GP is the team with the best statistics in the entire Formula 1 history. In its first and last season, it claimed the championship title.

Adding on, Jenson Button won his only title in the prestigious championship that season. Meanwhile, his teammate Rubens Barrichello nailed third place.

The end of Brawn GP

At the end of the season, Mercedes bought 75 percent of the shares from Ross Brawn, who would continue as the director of the team. Brawn sold the shares for 110 million pounds– it was a far cry from the symbolic pound that Brawn paid a year earlier. In 2014, Ross Brawn left the team and retired from competition. Since then, Mercedes has been enjoying all the success.

The 4 Most Important Tennis Tournaments
Grand Slam tournaments are the most important agenda on the tennis calendar year. Every year players face off to engrave their names in history. Read more »
Link copied!
Interesting Articles
MOTOR SPORTS
All About the Indianapolis 500