You can play beach sports in the sand or in the sea, but sand sports tend to be more popular, because the whole family can enjoy them. 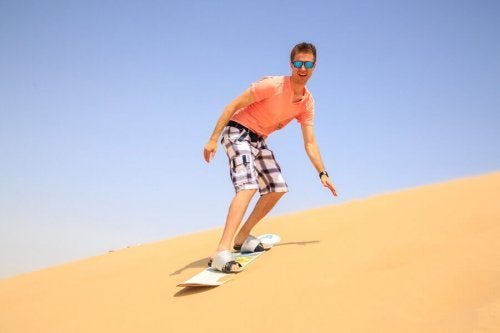 Summer and the places people typically choose for vacations during this season are a great opportunity to play sports. In this article, we’re going to tell you about some fun beach sports you can play on the sand. Some of them are Olympic sports. Others, you can just play for fun. Either way, they’re all perfect for your summer vacation.

What are some fun beach sports?

We’re not talking about the sports that you can play in the water. Even so, we’ll give you some truly fun beach sports you can enjoy on the sand. They’re perfect for when you want to have fun with your family or friends on your vacations. The most popular ones are:

Beach volleyball is a variant of “traditional” volleyball that you play indoors. This is an Olympic sport that made its debut at the 1996 Atlanta games. Aside from having a different type of court, there are some other different elements. For example, you have to account for wind interference, which can alter a ball’s trajectory.

People from the United States invented this sport in 1895. The first championship didn’t come about until 1941, though. It took place in Brazil. People play it in pairs within a rectangular space that’s 16 x 8 meters in size. A net separates the sides of the two teams. The players wear swimsuits and are supposed to be barefoot. According to the rules, you can’t swap players and there are no specific positions for them. Teams play for three sets and each one goes up to 21 points.

You can play this type of soccer with two teams of five players each. Just with “traditional” soccer, the objective is to score more goals than the opposing team. Beach soccer started in Rio de Janeiro, Brazil, and it’s a very recent sport. They only developed regulations for it in 1992.

Beach soccer players play barefoot. The referee can hit them with three types of cards. The yellow card is a warning. Blue gets you a two-minute suspension. Red means expulsion from the game. Each match consists of three periods that are each 12 minutes long.

This sport – which you can see in the main image of this article – isn’t just a beach sport. You can enjoy it anywhere there are sand dunes. For example, you could sandboard in the desert. To get started with it, you have to slide down hills of sand with special boards. These are similar to snowboards, which is a sport you perform on the snow.

Sandboarding is what people call an “extreme sport.” What’s more, every person who engages in it can do it in their own style. This sport started out in Santa Catarina, Brazil. Surfers who couldn’t train when the waves weren’t high enough invented this activity.

Duna Grande, Peru which has the highest dunes in the world is one of the best places to try sandboarding. Swakopmund in Namibia, Cerro Negro in Nicaragua, Cerro Dragon in Chile, and Ciudad del Cabo in South Africa are also good choices. The Victoria Desert, Valizas in Uruguay, Florianopolis in Brazil, and San Luis Río Colorado are popular choices too. Finally, Medanos de Coro in Venezuela and the Huancar Plains in Argentina are also good options.

No doubt this is one of the most well-known beach sports for family vacations. Bringing along the equipment alone is a standard ritual for many people when going to the sea. All you need is two paddles – or rackets -and a ball. Then the fun begins. Don’t forget to mark out each team’s side of the court!

Beach tennis as a sport that originated in Cantabria, Spain at the beginning of the 20th century. The paddles for this sport usually weigh about one pound. They’re about two feet long. As opposed to other racket sports, the ball can’t hit the ground, even once.

These sports aren’t specific to sand, but you can play them on this surface. What’s more, you won’t have to change their rules or techniques.

This is a sport you can play on sand or dirt, so the beach is the perfect place for it. Experts believe that it originated in the Roman Empire. In the modern era, it was brought back into public consciousness by Italy, where they call it “bocce.” These days South America and Oceania are the regions where people play it the most.

The “official” court should be 24 meters long by four meters wide. To start, players throw the bowls and note the distance they get. The basic objective is to get more points than your opponent by getting the bowls closer to the jack. What is the “jack” you might ask? Well, it’s the first and smallest bowl that’s thrown.

2. Frisbee can be one of the best fun beach sports

All this is, is a disc or saucer that flies through the air. You throw it and someone else has to catch it. You can even play it with your dog. Frisbee made its debut in California in 1903 when a group of people decided to entertain themselves by throwing pie molds to each other.

It exploded in popularity after the Second World War. In fact, there’s even a “World Flying disc Federation.” That organization has also given official rules and a world championship.

Some people say going to the beach is boring. That’s probably because they don’t know about all of these fun beach sports. Through these, they could be having a lot more fun out there. Choose one of these sports to play. You’ll be having fun while keeping in shape! 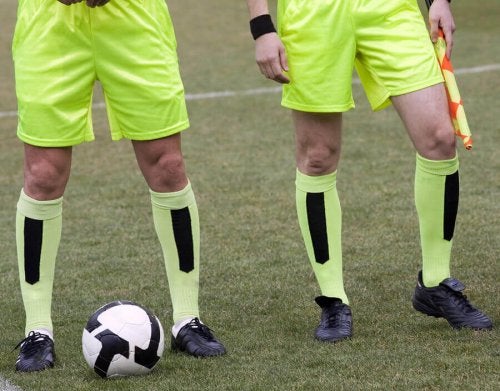 Soccer: The Changes of a Game Over Time
Soccer has come a long way from its beginnings in 1863 at a bar in London. You might be surprised to know that before, the game rules were quite different! Read more »
Interesting Articles