How to Play Frontball: A New Form of Basque Pelota

When looking for a sport that's complete, easy to play, and accessible to everyone, frontball is an excellent choice. Discover how to play frontball. 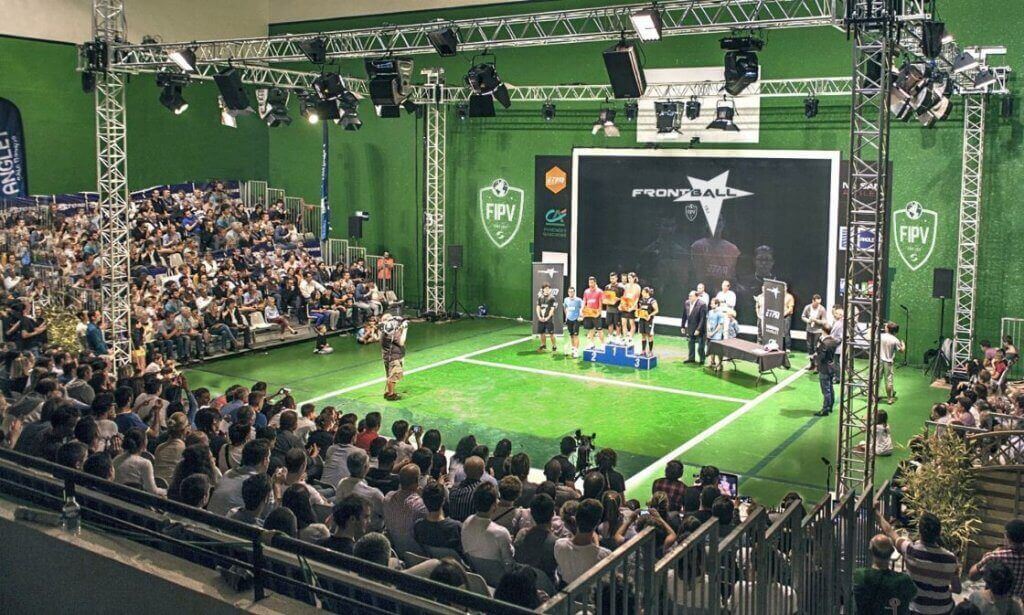 Since 2015, the International Federation of Basque Pelota has included frontball among its disciplines. It’s a relatively new sport, whose worldwide expansion is taking place gradually. Below, we’ll tell you how to play frontball.

The precise moment in which frontball was born was in 2008. This sport emerged as a combination of various disciplines of Basque pelota, especially handball, and also trinquet, jai-alai, mur a gauche, and more.

And the entity that brings together the sports that make up Basque pelota states that frontball requires very little equipment. Therefore, it aims for social inclusion. Furthermore, it’s a way of expanding these disciplines to new places on the planet.

With regard to the basic notions of frontball rules, there are some important issues that we should point out. First, the game involves playing against a wall. It’s also an individual discipline or, in other words, ‘one on one’.

Both participants must hit the ball with their hand–open or closed–so that it bounces against the wall. Of course, the aim is to make shots that are difficult for the opponent to return.

When a player is unable to return the ball to the wall, the opponent scores a point. The same is true when the ball hits an invalid area of the wall or the ground.

Finally, players serve from a specific serving area. And, when the ball shoots back from the wall, it must bounce beyond the midline to be valid and the point is normally disputed.

The first player to reach 20 points wins the match. However, it’s also possible to play two sets at 10 points and, if necessary, a 5-point playoff.

The court: learn how to play frontball

To describe the measurements of a frontball court, we must talk about the wall and the lines on the ground separately. As for the wall, it’s 16.5 feet tall and 7.25 feet wide. Additionally, the part of the wall that runs along the floor, measuring 21.65 inches tall, is out of bounds.

The area where the ball can bounce is 36 feet long and 7.25 feet wide–the same width as the wall. The median line crosses the court horizontally, 20 feet from the wall. Meanwhile, the serving area is a square and is located at the end of the court; it’s five meters long and ten feet wide.

The lines must be of a notably different color from the ground in order to identify them. What’s more, they must have a width of at least two inches. If a ball bounces on one of the ground lines, it’s invalid or ‘bad’.

What elements does an athlete need to play frontball? Logically, first, you’ll need a court and a ball. The latter consists of a rubber core covered by a layer of cotton or wool, with an outer layer of leather. The smaller categories play with rubber balls.

Players can use gloves or other protection for their hands, but they must obtain approval from the main judge of the match. In this sense, they can’t use any elements that add power to their strike.

As we mentioned previously, a few years ago the FIPV took over the organization of the official frontball competitions by including it as one of the modalities that bring it together. This gave rise to the following competitions:

In short, frontball is a sport that’s clearly expanding, with the main premise of social inclusion. Not only does it aim to be installed in places with low resources as a measure to combat crime and promote sports, but it also takes advantage of this discipline to spread Basque pelota in Africa and China, among many other countries.

What are the Biggest Stadiums in Spain?
The biggest stadiums in Spain can fit over 50 thousand spectators, and they have hosted many important events and international competitions. Read more »
Link copied!
Interesting Articles
OTHERS
Jesse Owens, The “Hero” of Berlin