Home » Sports » OTHERS » Kin-Ball: The Game Designed for Building Teamwork

Have you ever heard of Kin-ball? Kin-ball is a modern sport that offers lots of fun. Learn more in our post! 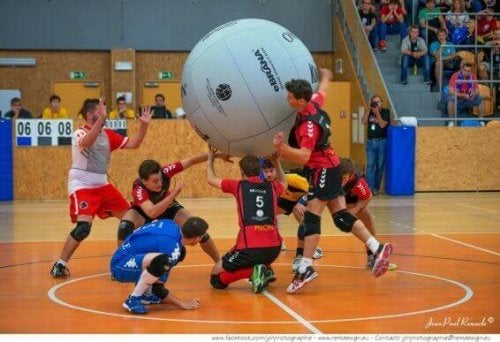 Kin-ball is an awesome game that’s designed to build strong relationships and high levels of self-esteem and confidence as well. We’ll explain everything about Kin-ball in our post today!

In many sports, we see natural divides between team members that result from their differences. However, these divides rarely form in Kin-ball. In fact, it’s a sport that’s meant to exercise teamwork. Have you ever heard of it before?

Kin-ball first began in 1986 thanks to a Canadian gym teacher who wanted to eliminate individualism and promote unity. The sport has spread to many countries including Spain, France, Canada, Japan, Belgium, Malaysia, China, Argentina, Chile, and Uruguay.

The International Kin-Ball Federation boasts a network of around 3.8 million players. The Federation analyzes, debates and adjusts the rules and details of the game.

So, what’s it all about?

The game is simple, allowing anyone and everyone to play with no problem. It’s also dynamic, fun and easy-to-understand.

Kin-ball is played in an indoor court and requires a referee. In professional matches, there is a main and an assistant referee. The Kin-ball itself measures 1.22 meters in diameter and, because it’s so large, is the most characteristic element of this sport.

The ground rules for Kin-ball are the following:

The game boils down to successfully managing offensive and defensive positions. One team starts off against the other two teams. The offensive team aims to hit the ball anywhere in the court to one of the other teams; the receiving team, on defense, has to keep the ball from touching the floor.

Periods last between seven to fifteen minutes and teams have to announce the receiving team. The team that has the most points at the end wins.

Every sport has rules and Kin-ball is no exception. Check out some Kin-ball rules below:

Kin-ball is an incredible sport for strengthening interpersonal relationships and teamwork. What makes it so effective are the offensive and defensive roles that alternate throughout the match. It forces teams to be solid and their members to be in-sync to score the most amount of points.

If you like team sports and want to improve your social skills, you should definitely think about trying Kin-ball. You won’t regret it! 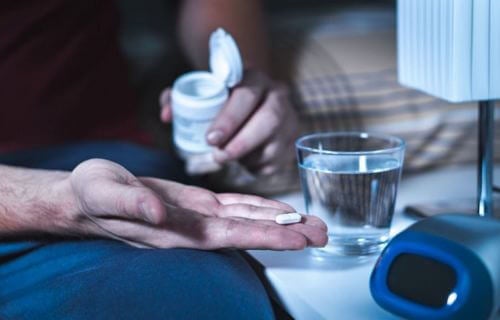 Discover Six Bedtime Supplements
At night, while you sleep, your muscles take in the activities you've done and recover from them. Give them a hand with these six bedtime supplements. Read more »
Interesting Articles