Competitive rhythmic gymnasts regularly amaze spectators with their balance, rhythm, coordination, flexibility and concentration. Today, we'll look at some of the rules of this sport. 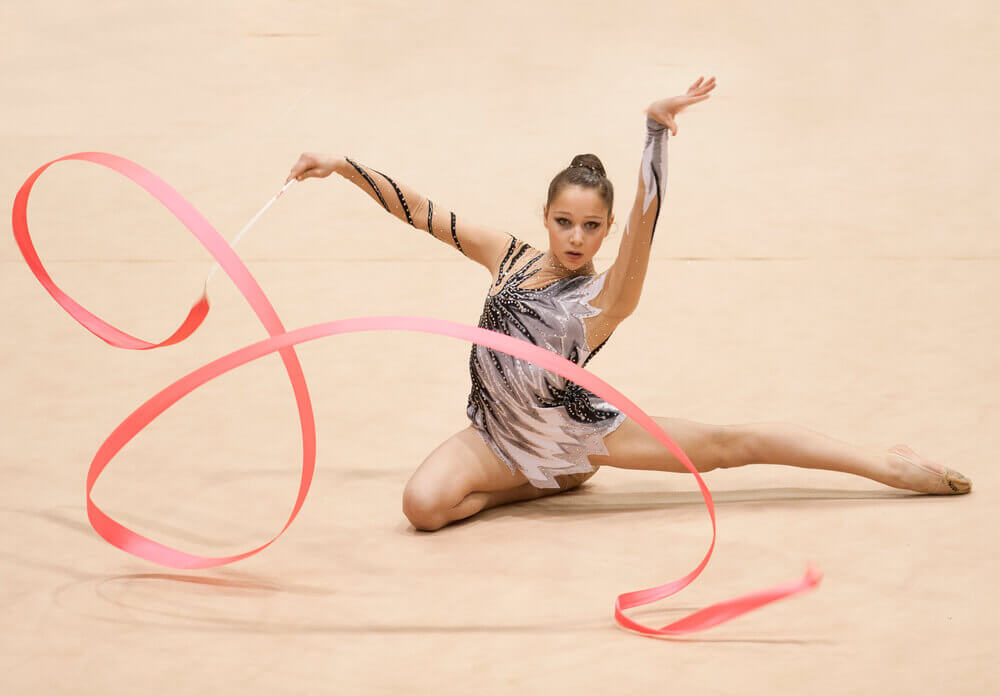 Rhythmic gymnastics is a sport with originals in classical ballet, gymnastics, and dance. During competitions, competitors perform routines, with or without apparatus, which they have to execute with harmony, beauty, and grace.

Then, after each routine, a panel of judges assess their performance and award them with a score.

Although creativity and originality are important aspects, there are also technical and ethical standards that athletes need to adhere to. The governing body responsible for these rules is currently the International Gymnastics Federation (FIG, in French), which regulates all aspects of international competitions.

Understanding all the rules and technical regulations of rhythmic gymnastics can be difficult, especially for beginners, so let’s start with the basic concepts that apply for the main international competitions.

Currently, rhythmic gymnastics can be practiced individually or in groups of five. However, until 1994, the most common format for international competitions was for teams to compete with six members.

Depending on the type of routine, competitors from the same team have to use either the same or different apparatus. In so-called mixed apparatus routines, three competitors use one apparatus, while the remaining two use a different one.

In both formats, the competitors perform their routines on a carpet which measures roughly 39 x 39 feet.

Classification can vary slightly depending on the event or competition. In the Rhythmic Gymnastics World Championships and most continental championships, there’s an established format. For individual competitors, this looks as follows:

The team category doesn’t have a qualifying stage and consists of the following two phases:

The Olympic Games are slightly different from all the other international competitions in that only a general competition takes place for both individuals and groups.

A panel of judges assesses the competitors’ routines in accordance with the Scoring Code, which the FIG reviews every four years.

According to the current code (2017-2020), the score for a competitor’s routine consists of the sum of scores for Difficulty (D) and Execution (E). Each of these is out of a maximum of ten points, so the maximum final score is out of 20.

There are also penalties for mistakes during the routine, which results in point deductions.

These five are the hoop, ball, clubs, ribbon, and rope, but the rope has been absent from the senior category since 2011. Then, depending on the category, these types of apparatus will have standard measurements.

What Are The Most Popular Artistic Sports?
Sports that are considered artistic sports are amazing and deserve our admiration. Competitors train intensely on their technique and also their elegance. Read more »
Link copied!
Interesting Articles
Fitness
The Economic Impact of COVID-19 on The Sporting World

OTHERS
The Best Olympic Stadiums in the World

The world turns its eyes on the Olympics every four years. In addition to the ceremony, the stadiums are dressed…