All About the Women's World Cup

Created in 1991, the Women's World Cup may not be as famous as the Men's World Cup, but it's backed by thousands of fans. 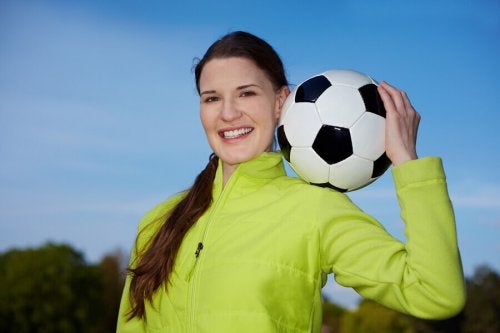 The year 2019 marked another edition of the Women’s World Cup– and many people are curious. Read our post today to learn everything you need to know about it.

The Women’s championship may not be as well-known as the Men’s World Cup, but it’s gaining more and more fans all over the world. The FIFA championship is the most important in all of the Women’s soccer.

FIFA created the competition in response to the growing number of women soccer players worldwide. The Women’s Cup doesn’t run at the same time as the Men’s competition, nor is it included in the Olympic Games. But a new edition unfolds every four years and makes up the two most important events in Women’s soccer.

The first edition took place in 1991 in China, which has the highest number of Women’s soccer fans. That year, the first-ever champion was the United States.

From its creation, 16 teams participated in the competition until 2015. Since then, eight more teams play for victory. There have already been eight editions:

The located of the next edition, which will take place in 2023, is to be determined. The United States is the most victorious team with four cups. After the United States is Germany, with two cups. Norway and Japan follow Germany with a cup each.

The Women’s national teams have to face off in matches in order to qualify for the World Cup. First and foremost, the team’s association has to be a FIFA member and part of one of the six continental confederations: AFC (Asia), CAF (Africa), CONCACAF (North/Central America and the Caribbean), Conmebol (South America), OFC (South Pacific) and UEFA (Europe).

Each conference organizes a qualification system as well as cups to be awarded in their continent: 8 for UEFA, 5 for AFC, 3 for CONCACAF (sharing 1 with Conmebol) and CAF, 2 for Conmebol (including the shared cup with CONCACAF) and 1 for OCF.

The 24 best teams move on to compete in the World Cup. The teams are divided into six groups of four to begin the competition. The two best teams of each group emerge and continue on to the next round.

The second round includes the round of sixteen, quarter-finals, semi-final and finals. All of them are sudden elimination. Furthermore, the two teams that lose in the semi-finals playoff for third place.

If the scoreboard remains at a tie at the end of a game, the teams play two additional halves of 15 minutes. If the game is still tied after the overtime, they determine the winner through a shootout.

Records and distinctions in the Women’s World Cup

Since the first edition in 1991, the championship has honored certain players with awards and distinctions.

Currently, the player who has won the most awards is Brazilian Marta Vieria da Silva, who holds 17 for her country. Running close with 14 are German, Birgit Prinz and US, Abby Wambach.

FIFA also awards prizes to the best player of the edition. In the 2015 Canada World Cup, US Carli Lloyd won the distinction. In the 2011 German edition, Japan’s Homare Sawa took home the honor.

Lastly, other prizes and honors, such as best goalkeeper (the Golden Glove), youngest player, best sportsmanship and the best goal are all up for grabs. In short, the Women’s Cup is very similar to the Men’s Cup and has a growing public to please.

How Exercise Can Improve Diabetes
Diabetes is a metabolic disease that's been increasing in incidence. The increased incidence of diabetes has been linked to sedentary lifestyles. Read more »
Link copied!
Interesting Articles
SOCCER
The Best '10s' in Soccer History