Manchester United: the History of the Reds

Everyone knows the great Manchester United, one of the most successful teams in the world. They were at their best during the Sir Alex Ferguson era. 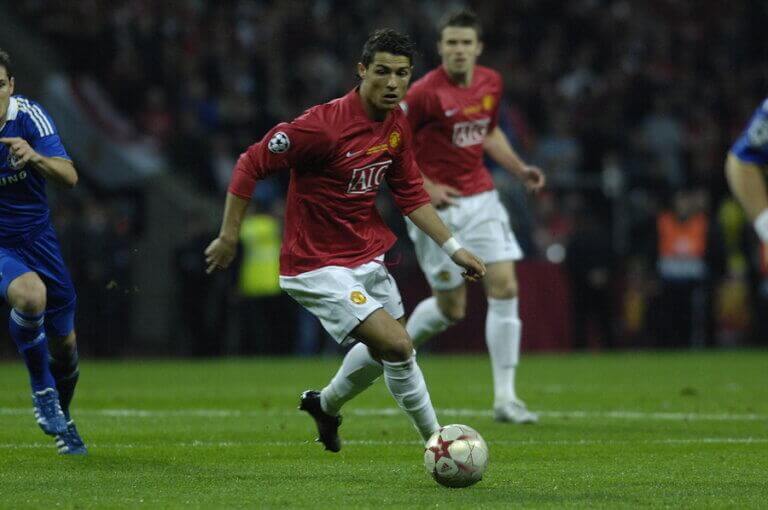 It’s one of the best teams in the world and plays its games at the legendary Old Trafford. In this article, we’ll tell you about Manchester United, the Red Devils of England.

The team we know today as Manchester United was founded under another name: Newton Heath LYR Football Club, in 1878. The creators were the workers of a railway company and used the initials LYR to differentiate themselves from another team organized in the same company.

In November 1880, Newton played their first fame “out of the firm” against the Bolton Wanderers. In fact, they lost 6-0. However, that didn’t intimidate them, since in the following years they played several friendly matches. Then, in 1884, they participated in the Lancashire Cup. It wasn’t until 1892 that Newton became part of the First Division.

In January 1902, the team had a lot of financial debts. In addition, the club wasn’t in good shape. Captain Harry Stafford met with local entrepreneurs to invest in Newton. At the meeting of new managers, they decided to found a new club, Manchester United. The colors were red and white.

It seems like the name change was a success because the team’s wallets began to grow. By the 1910s, they were called, “Moneybag United.”

The war years weren’t good for Manchester United. For example, in 1914, its star player Sandy Turnbull died in France, and in 1922 they went down to the second division. Then, the next decade wasn’t any better.

Manchester’s Old Trafford stadium also suffered the consequences of war: it was first used as an arms warehouse. After that, the Germans bombed it twice. Much of the compound was destroyed, and they had to rebuild it.

After the war, Manchester United reinvents itself

Lots of people call the postwar era, “The Busby Era” because of the team’s manager. Under his management, Manchester came second in the league three years in a row and got an FA Cup. in addition to signing good players. In 1949, they returned to Old Trafford. Then, in 1952 they won the first league title after 41 years.

The year 1958 was marked in the history of the team because of a plane crash that claimed the lives of eight players. In total, 23 people died in the crash. The plane was traveling from Belgrade and stopped to refuel in Munich, but couldn’t take off.

Nothing interesting happened in the history of the Reds until 1969 when they changed management. This would last until 1986 when Sir Alex Ferguson, the most successful coach in its history, arrived.

Ferguson and all his triumphs

Of course, there is a before and after in the history of Manchester United: 1986 and the hiring of Alex Ferguson. The early days weren’t easy for the Scotsman, but in the early nineties, he showed that you can win everything- or almost everything- that you put your mind to.

Manchester won their first European Cup Winner’s Cup and European Super Cup in 1991. Then, two years later, they won their first English league title since 1967, and won the FA Cup after more than 30 years in 1994.

Instead of buying new players, Ferguson decided to give the youth on campus a chance, including David Beckham, Ryan Giggs, Gary, and Phil Neville and Nicky Butt… and he was right! The “Fergie Rookies” as they were popularly called, won the Premier League in 1996 and had the club’s most successful season in 1998/1999. Premier, FA Cup, Champions League, and Intercontinental Cup.

Currently, Manchester United is the English team with the most First Division titles (Premier League) with 20 recognitions. In addition, they have 12 FA Cups, 5 EFL Cups, and 21 Community Shields (another record).

Internationally, the Red Devils have acquired three Champions Leagues, one Club World Cup, one Intercontinental Cup, one Europa League, one European Super Cup, and one European Cup, most with Ferguson as a coach. Without a doubt, it’s a great story of success!

Club Atlético Boca Juniors is one of the most important soccer teams in Argentina. Founded in 1905 in the La…