River Plate is the most popular soccer team in Argentina, along with Boca Juniors. It has millions of fans, and it's also the team that's won the most domestic titles. 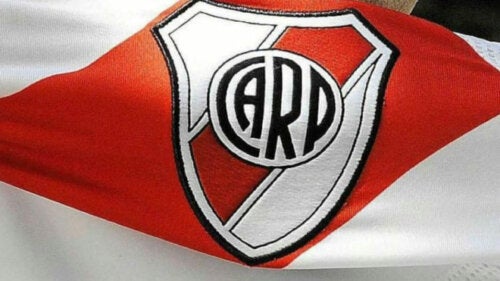 The Millionaire is one of the two most important soccer teams in Argentina, and it holds the record for local titles, having won 66 of them. In the following article, we’ll talk about the history of River Plate.

The beginnings of River Plate

Club Atlético River Plate was founded in May 1901, after the merger of two teams from the La Boca neighborhood. They decided to call it River Plate in honor of the Río de la Plata, translating (incorrectly) the Spanish name to English.

During its first games, the club went from field to field through different neighborhoods; it ended up coming back to La Boca and playing Third Division matches. In 1908, it rose to the first division and came up second during its debuting season, right behind the now disappeared multi-champion, the Alumni.

The first encounter with the team that would be, and still is, its greatest rival, Boca Juniors, took place in August 1913. A year later, River Plate began to win its first cups. However, the white jersey team with red vertical stripes would go largely unnoticed in the 1920s.

The 30s: professionalism and a new stadium

It played its first professional championship in Argentina, in 1931. Boca was the champion, and River came up third. At that time, River Plate signed two of the most expensive players of the moment, which caused some people to give it the nickname of Millionaire, a title it still maintains.

Even at that time, River Plate was still playing in the La Boca field. However, everything changed when the team didn’t renew its rental contract and had to find new directions. In 1938, they inaugurated the Monumental stadium with a match against Peñarol from Uruguay. The River’s new home is located in the Núñez neighborhood, a bit far away from its beginnings in the port area of Buenos Aires.

With a new stadium and after a lot of work in the lower categories, the era of the five strikers, known as La Máquina (Spanish for “the machine”), began. They were Loustau, Muñoz, Moreno, Pedernera, and Labruna. The team won a two-time championship and several other titles, including four Copa América titles, in less than ten years.

In 1950, one of the most emblematic figures of that time arrived, the Uruguayan, Walter Gómez. River Plate toured Europe and won six out of seven games (they even beat Real Madrid and Manchester City). On the way back, La Máquina came out victorious again and the successes continued.

In 1957, they sold the player Omar Sívori to Juventus of Italy. The team used the money from the transfer to build the grandstand that was missing from the stadium; today, that grandstand bears the player’s name.

At the end of the decade, River Plate didn’t get more titles. In any case, it’s surprising to see that in 20 years, it established itself as the local champion eleven times and as national champion seven times. The drought would last until 1974; it went 18 years without adding a trophy to its showcase.

For the 1975 season, Angel Labruna took over as coach. He put an end to the title-less bad streak by winning a tournament and a championship. For the 1978 World Cup played in Argentina, River Plate contributed with five players: Fillol, Luque, Passarella, Ortiz, and Alonso. They would eventually become champions. In 1981, another club idol took over as coach, Alfredo Di Stéfano. He gave River Plate another championship the following year.

Due to financial problems, the team decided to sell many of its star players from 1984. However, that was no excuse for not winning more titles. The era of international cups started: one Copa Libertadores de América, one Intercontinental Cup, and one Interamerican Cup. In a local context, it won the first division tournament of 1985/1986.

The successes continued during the nineties and the beginning of the 2000s, when the team won several local titles and became the most winning team in Argentina (with 36 titles by 2014). In total, River Plate owns 66 titles: 48 national (including the Cups), 17 continental, and one world title.

Descent and return to the joy of River Plate

In 2011, there happened one of the worst moments in the history of River Plate: its descent to the second division after 80 consecutive years in the highest category of Argentine soccer. In a series of two games against Belgrano de Córdoba, the Millionaire lost the first match and tied the second.

The passage through the National B would be very short -just one season- but enough to be a stain in the history of the most winning team of all time on a local level.

A few years later, with the arrival of Marcelo Gallardo on the bench, the story changed completely. Since then, River Plate has won four local and seven international titles.

Some of the conquests that stand out are a Copa Libertadores final in which they defeated Boca (a match that took place in Madrid), and an Argentine Super Cup against their classic rival. They also eliminated Boca in three other opportunities for international tournaments. This is without a doubt, a cycle that lives up to what the history of this club demands.