Runner's knee is one of the most preventable injuries among runners. This article will teach you about techniques and warning signs to help ward off this disorder. 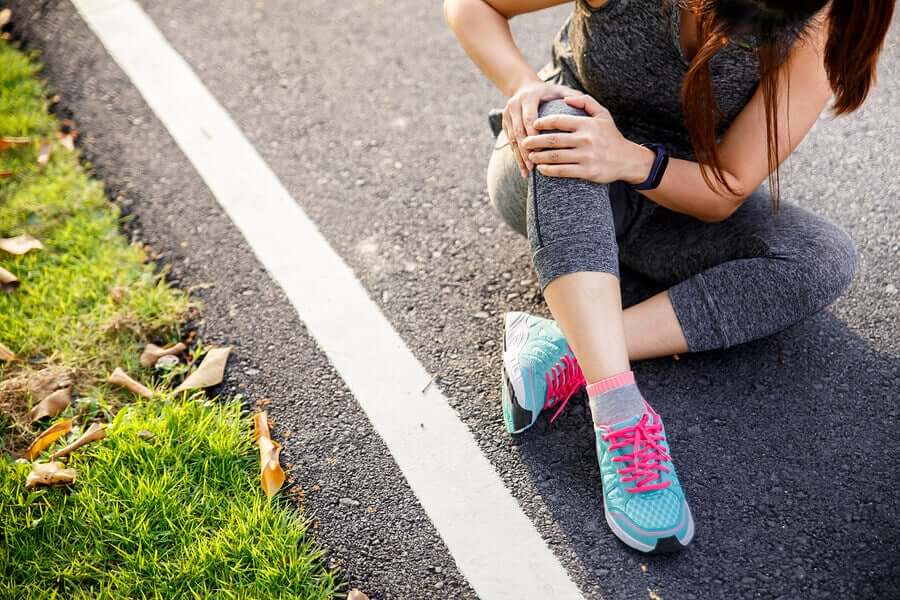 When we talk about the runner’s knee, we’re referring to iliotibial band syndrome. Those who run and have a poor technique will unfortunately suffer the consequences in their lower limbs. So what are the causes of runner’s knee?

The primary symptom of this syndrome is pain on the external part of the knee that prohibits runners from moving on. Runners are understandably afraid of this disorder because it can cause them to have to sit out from the sport for considerable periods of time.

On the same note, this condition can cause runners to quit a race even right in the middle of the competition. This is why it’s important that runners work on their techniques of footfall and displacement because better techniques can help prevent these types of injuries.

Runner’s knee is an affectation of the iliotibial band. This structure is a strip of fiber that runs from the hip to the tibia, in the leg, passing through the external part of the muscle and knee.

The iliotibial band affects the movements of the hip and knee. In order to extend your knee or rotate it inward, we need this band to function correctly.

Underneath the iliotibial band is a bag that separates certain bodily structures from each other so that they aren’t damaged by friction. These bags have the anatomical name of “bursas”. Bursas are also subject to injury, especially when there’s a lot of friction.

This friction is exactly the mechanism that causes runner’s knee. After repeated friction of the iliotibial band with the bursa and the external part of the knee, the bag stops working and the area can become inflamed. The inflammation makes movement in the area nearly impossible.

As we’ve already mentioned, a runner’s technique can ultimately lead to an injury. Both the training before a race as well as the race itself can impact the risk of injury.

Some of the risk factors for developing runners knee are:

As has been said, the main symptom of runner’s knee is pain. The pain usually starts in the external part of the knee, precisely where the iliotibial band is located. This pain can spread throughout the body, even reaching as far as the hips.

The pain doesn’t always begin immediately upon injury. Sometimes, runners can keep running a race for up to half an hour, during which, the pain usually increases until it becomes immobilizing. However, it’s common that it ultimately gets to a point where a runner can no longer go on.

Health professionals who attend to these patients can usually diagnose this injury through a clinical review, but additional methods are needed in order to confirm the diagnosis. An ultrasound or MRI are useful and can point out the inflamed areas.

In addition to rest, cold-compresses on the affected area usually help. The use of anti-inflammatories and painkillers is up to your doctor’s discretion, although it can be hard to avoid them. Usually, rest and cold-compresses aren’t enough. Sometimes, a corticosteroid infiltration is necessary for the knee.

The next step in recovery is usually rehabilitation with kinesiology and physical therapy. Training cannot recommence immediately and has to progress slowly until the runner can finally build back up to their previous distances. In addition, the runner needs to review their footwear and make a plan for physical preparation for races.

It’s recommended that runners partake in a gait study. These studies can be useful for figuring out what type of “step” you have and possible complications that this can cause. It’s important to keep in mind that our feet support our entire bodily structure, and our knees depend on their support to correctly function.

Runner’s knee is a common injury. Those who practice this sport need to keep many factors in mind in order to try to avoid this injury. Among those risk factors are the shoes they use and their gait and stride. If you do find yourself experiencing symptoms of runner’s knee, it’s absolutely imperative to consult a healthcare professional to find a solution and the best rehabilitation plan.

Warm Up Routines: Why are they Important Before Running?
We can't just run without giving our muscles a chance to warm up beforehand. Discover why you should always warm up before any kind of workout. Read more »
Link copied!
Interesting Articles
Injury and prevention
Causes and Treatments of Knee Osteoarthritis

Running
The Best Beaches for Running in Spain

MOTOR SPORTS
What Are The Different Motorsports?