The Oceans Seven Challenge: Everything You Need to Know

The Oceans Seven marathon is the maximum challenge that open water swimmers can face, along with the Triple Crown of Open Water Swimming. Do you want to know more about it? Keep reading this article! 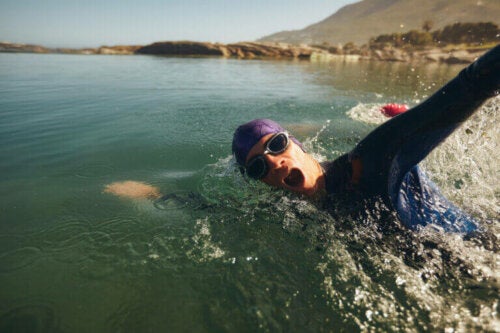 The Oceans Seven marathon is a truly incredible feat that very few people have been able to accomplish. The challenge consists of crossing seven open water channels and straits. We’ll tell you more about it in the following article.

What you need to know about the Oceans Seven marathon

We could say that this marathon is equivalent to the Seven Summits. Swimmers must cross seven channels or straits throughout their sports careers to complete the challenge.

The first person to achieve the Oceans Seven challenge was the Irish swimmer Stephen Redmond, at the age of 47, in 2012. Not many have had the honor or pride of accomplishing the same thing.

So far, only the following swimmers have completed the feat:

Which are the channels and straits included in the Oceans Seven challenge?

This open water swimming marathon includes four channels and three straits, which represent each continent (not including Antarctica). In east to west order, they are:

It separates the two main islands of New Zealand, with a minimum width of 14 miles (22 km) and an average depth of 420 ft (128 m). The Cook Strait also serves as a separation between the Tasman Sea and the Pacific Ocean.

It’s named in honor of the English Sailor James Cook. Wellington, the New Zealand capital, runs alongside one of its banks.

It’s located between two Japanese islands: Honshu and Hokkaido. This channel connects the Sea of Japan with the Pacific Ocean and has a depth of between 460 to 656 feet (140 to 200 meters). It’s 29 miles (47 km) long, making it the longest strait in the Oceans Seven challenge.

The English Channel or La Manche, depending on which bank we’re at, is a channel between England and France. It has a width of 21 miles (34 kilometers) in the narrowest part. There are some scattered islands along the way that belong to the British Crown.

The most important cities along both banks are: Dover, Southampton, Portsmouth (England), Le Havre, Calais, Dieppe and Cherbourg (France).

It’s the smallest of the straits and channels within the Oceans Seven challenge, with only 8.9 miles (14.3 km) of minimum width. It divides two continents: Africa (Morocco) and Europe (Spain). The Strait of Gibraltar is located right where the Mediterranean Sea and the Atlantic Ocean meet; it’s also on the crack point of two tectonic plates.

It’s located in the British Isles and separates the eastern part of Northern Ireland from the southwestern part of Scotland. It connects the Irish Sea with the Atlantic Ocean. At its narrowest part, known as Moyle, it’s 12 miles (19 to 20 km) wide.

Other challenges besides the Oceans Seven marathon

Another ambitious feat in the world of swimming is known as the Triple Crown, which is recognized by the World Open Water Swimming Association. This challenge consists of three channels: La Manche, Catalina Channel, and the Manhattan Island channel.

It’s clear that completing any of these challenges isn’t for everyone since they’re incredibly demanding and require a lot of preparation. You need to be in great physical condition to swim through all these channels!

Competitive Swimming: Rules and Pool Standards
Having an authorized swimming pool for competitive swimming isn't as easy as it sounds. Read along to find out more about the rules and regulations. Read more »
Link copied!
Interesting Articles
Injury and prevention
Shoulder Injuries from Swimming

Swimming is usually the form of exercise prescribed for people who suffer from back pain, although in general, it's a…

The health benefits of swimming are derived from the completeness of this sport. The movements not only exercise your body but also provide mental relaxation and free you from stress.…

Swimming is one of the best full-body workouts out there. It doesn't matter how old you are or what kind of…

There are three ways that you can participate in aquatic sports: on the water, in the water, or under it. In this article, we'll tell you more about them! What…

Swimming in open water is a really big challenge, there's no doubt about that. But, if we go to certain…

Michael Phelps is a swimmer whose broken all of the Olympic Records and has retired from competing. It'll be a…