Home » Fitness » Yoga » What to do When Yoga Causes you Pain

What to do When Yoga Causes you Pain

Contrary to what many people believe, when you practice yoga there are risks of injury, pain and inflammation. Without the right routine, a body can be injured when performing the different postures. To avoid this, follow the steps we suggest in this article. 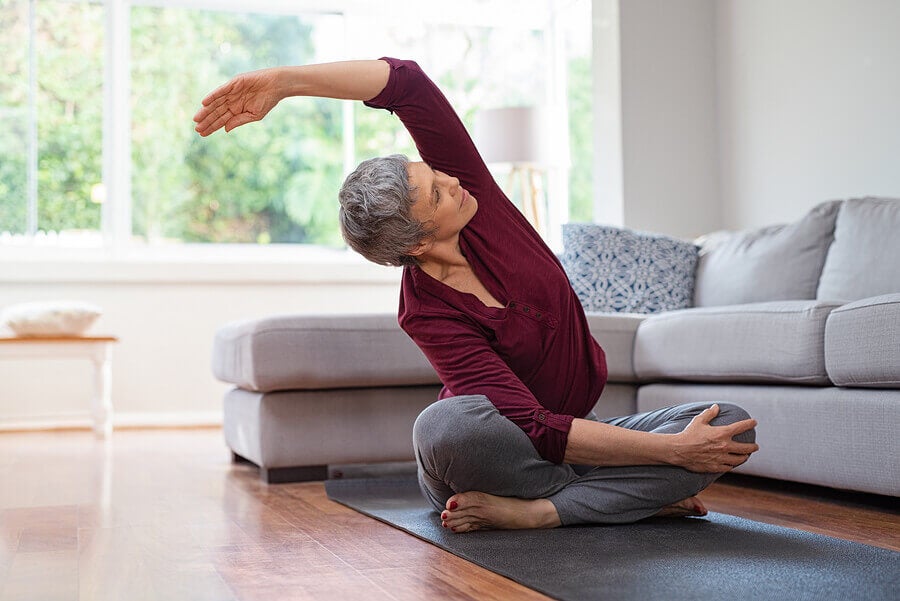 There’s a common misconception about yoga and its practice: people believe that there are no risks of injury. To begin with this discipline, you must always resort to using a certified instructor.  If yoga causes you pain, you should analyze the possible causes.

A person responsible for initiating others into yoga will know when it’s appropriate or not to ask for a medical certificate before giving classes. In addition, the sessions won’t be the same for a student who never did an asana as for someone who has been practicing for some time.

Read more: Are You Capable of Doing Yoga?

Are there risks in the practice of yoga?

The answer to this question is relative. A person with good joint and muscular health won’t find contraindications in any of the postures suitable for beginners.

However, you can become injured if you perform them without supervision. Due to the nature of this discipline, injuries may occur. Yoga is much more than just physical activity. To know what to do if yoga causes you pain, it’ll be useful to take a look at its true essence.

The next thing would be to analyze what yoga really is. To answer this question, we must go back several thousand years to the tradition of India and many religious aspects. The first ‘compiler’ of the yogi tradition was Patanjali, author of the ‘Yoga Sutras’, conceived around the year II BC.

This author represents one of the paths of this philosophy: Ashtanga yoga, which is part of the royal path or ‘raja yoga’. According to this theory, enlightenment is achieved through self-regulation of the body’s energy.

The yogi masters of the Ashtanga path performed daily and exhaustive asana routines; each one with a really deep meaning.

According to these thoughts, yoga could be defined as a discipline that embraces philosophical and religious aspects, whose goal is overcoming the ego. In other words, the goal of asana sequences is to transcend the self to form a unity with the universe.

With practice, physical postures are just one of the eight steps proposed in the yoga-sutras towards Samadhi, or ‘Enlightenment’. Actually, asanas need a strict ethical behavior in which nonviolence is the measure of all things.

In addition, the practice of breathing, concentration, introspection, and meditation are as necessary as all other steps. These are aspects that go hand-in-hand with effective yoga practice.

On the path of non-violence, self-care of the body is one of the essential ramifications to follow. That’s why a yoga instructor must watch fervently for the physical health of his students.

So what do you do if yoga causes you pain?

First of all, if it hurts, you have to stop. Yoga doesn’t have to hurt. While a posture can put muscle strength to the test or it can take elongation to totally new points for many people, yoga should never hurt you.

It’s essential to emphasize this aspect since many people believe that if it hurts it’s because ‘the position is doing its job’. That’s not true … if yoga causes you pain, you have to stop.

In reality, you won’t be closer to enlightenment by achieving deeper push-ups or bolder twists. The well-being of yoga is achieved when the practice flows and when the body knows its limits and is enjoyed within them.

The challenge in yoga is not to achieve a ‘difficult’ posture, but to know how to accompany each movement with your breathing. That’s why there’s no age limit for practicing yoga.

This practice and its benefits can be adapted to people with very small movements. Yoga can be done while sitting or lying down, as it’s also possible to dedicate a class to the joints of the hand and foot, or to the gentle movements of the head.

In short, you shouldn’t be afraid of yoga. It’s not necessary to be athletes, young and elastic to enjoy one of the most beautiful legacies of the Hindu ancestors. Simply breathe and flow: that’s the basis for a happy and painless practice. 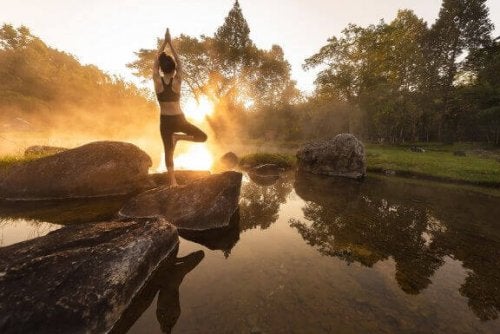 Five Tips Before Going on a Yoga Retreat
Going on a yoga retreat is an excellent option to clear your mind from the stress. We'll give you a few tips to keep in mind before heading out to one. Read more »
Interesting Articles 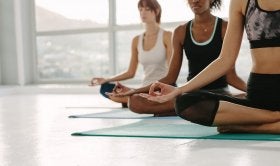 Yoga
How Does Yoga Have An Effect on Rheumatoid Arthritis?

According to the World Health Organization, one in 30 people suffer from rheumatoid arthritis. This medical condition consists of inflammation… 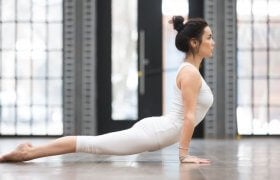 Yoga can help relieve back pain that arises as a result of bad posture while sleeping or from sitting many hours on a not-so-ergonomic chair. The following poses, that tone your muscles and make you more flexible, are many people’s… 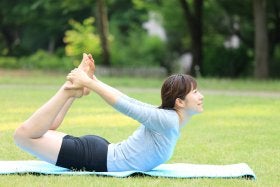 The riskiest yoga poses can be as demanding and dangerous as any other physical activity. Hence, you must be cautious with the poses that we’ll share in this article. The word yoga comes from Sanskrit and means “union”. It’s a… 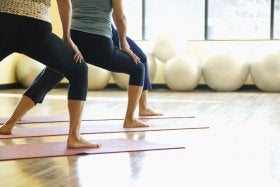 Yoga
What’s Shakti Yoga and is it Right for Me?

Shakti Yoga is a complete stimulation process of not only the human being but the central nervous system as well.… 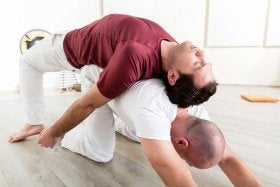 Acroyoga is a discipline that combines traditional yoga with acrobatics. Acroyoga poses are done in pairs or in groups. This type of physical exercise is good for relaxing the mind and body, taking care of our figures, and staying active.… 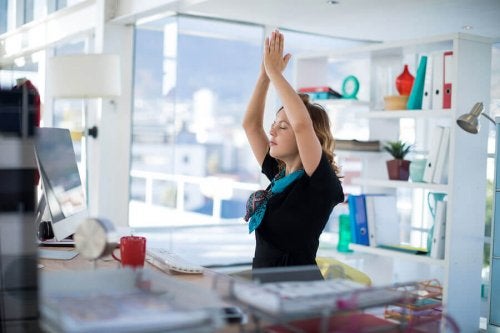 Yoga
3 Yoga Routines for People with an Office Job

Doing yoga helps to clear your mind, release stress and loosen your muscles. All of this means that yoga is…