The Personality Traits of Goalkeepers in Soccer

Although you might not have thought much about it, goalkeepers in soccer often have a few personality traits that set them apart from their other team mates. Read on to find out more. 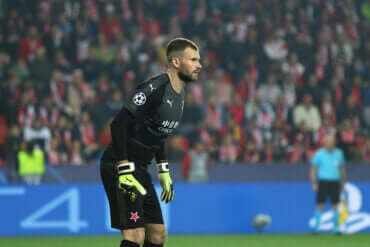 In soccer, the personality traits of goalkeepers are often quite different from those of the rest of the team. Goalkeepers often remain in the background and people pay more attention to the forwards who score the goals. However, goalkeepers are still a key part of the team, and on many occasions, they can mean the difference between a victory or a defeat.

A goalkeeper’s personality begins to take shape from the minute they start playing soccer. Being a very specialist position on the team, they’re unlikely to move to another position later on in their career.

As a result, not only are their personalities different, but they also receive different technical training and have to follow different rules in the game. They’re the only players who need to master techniques with both their hands and their feet.

As a result of all this, sports psychologists have studied the personality traits of goalkeepers in soccer to see if they can identify any patterns. So, in this article, we’ll review the scientific literature to see what they’ve found.

In a study published in Theory and Practice of Physical Culture, researchers compared the various personality traits of a number of soccer players based on their position. Goalkeepers were the lowest scoring players for anxiety. Under pressure, it’s easier for them to stay calm and not become stressed.

However, they also obtained the highest scores for frustration and stubbornness. Goalkeepers seem to be the most susceptible to frustration when things aren’t going well and more resistant to change, which is understandable given the limited flexibility that exists in their position.

They worry less about mistakes

Contrary to popular belief, goalkeepers think less about mistakes than their teammates. Research by the Hungarian University of Physical Education showed that goalkeepers were able to perform better under pressure.

Similarly, they also achieved the highest scores when it came to facing challenges and staying focused. In high pressure or important matches, goalkeepers can stay focused on what’s happening on the field of play. This is very important in situations where they have to organize their teammates, such as corner kicks or free kicks.

They have less of an ego than players in other positions

In the same piece of research, it was discovered that goalkeepers score low on the ego factor. At the other end of the spectrum, forwards scored the highest.

This may be because the role of forwards is magnified in the soccer world whilst, in many cases, goalkeepers go more unnoticed. They also score low for rivalry with their peers, so they’re not usually problematic figures who create conflict within the team.

Personality traits of goalkeepers: their motivation is different

According to a study from the University of Almería, goalkeepers are more motivated about improving their own skills (task orientation) rather than being better than others (ego orientation).

Goalkeepers are more motivated when trying to improve and make personal changes. Whereas if a task is focused on comparisons with others, goalkeepers will be less motivated.

The personality traits of goalkeepers in soccer are different

As you can see, goalkeepers have special characteristics, both technical and psychological. Although people often take them for granted, they’re an essential and irreplaceable piece of any soccer team.

Obviously, the research allows us to make a general statement about goalkeepers’ personalities, but there will always be exceptions to the rule. Every goalkeeper will have their own unique personality, even if they share many of their traits with other goalkeepers.

The Top 4 Goalkeepers in the World
Since 1987, the International Federation of Football History and Statistics has recognized the best goalkeepers every year. Do you know who they are? Read more »
Link copied!
Interesting Articles
SPORTS PSYCHOLOGY
The Amazing Effect of Music in Sports

Health
How Can You Overcome Challenges in Sports?

Coming across challenges is something unavoidable in sports and even in life itself. During training and competitions, there will always…

Health
The Importance of Teamwork in The World of Sport

Teamwork is an essential and inherent part of any team sport. The saying, "United we stand, divided we fall" is…