Juventus is one of the most prominent teams of Italian soccer. Natively from Turin, Juventus has a rich history of titles and achievements. 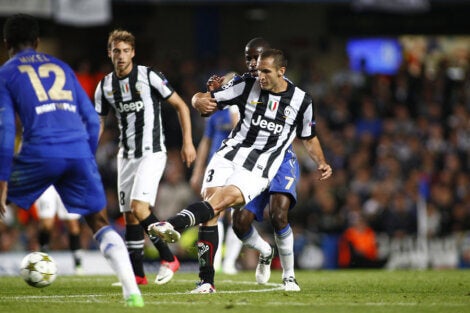 Its official name is Juventus Football Club, but we also call it La Juventus, La Vecchia Signora, or Juve. This Turin-based team is the second oldest in Italy that’s still in operation. We’ll tell you all about La Vecchia Signora in the following article.

The beginnings of this club date back to 1897 in the town of Turin, in the Piedmont region. The then Sports Club Juventus began thanks to a group of students who got together in a square after finishing their studies. The first uniform—which lasted six years—was a pink jacket, a black scarf or tie, and black pants.

The Juventus made its debut in the Italian Football Federation in 1900, but its beginning wasn’t entirely good. The economic struggles of the black and white team didn’t allow for paying the expenses. Because of this, many players went to other teams.

This changed in 1923 when the Agnelli family—owners of the Fiat group—took part in Juventus. With money now flowing, they were able to bring in some of the important players of the time.

In 1930, Carlo Carcano became the coach and several players joined the ranks of Juventus. With this team, Carcano won the Scudetto five years in a row. The golden quinquennium came from the hand of several young players, among them several Olympic medalists.

In 1957, Juventus made purchases abroad, including and Argentinian (Omar Sívori) and a Welshman (John Charles). Together with the local Giampiero Boniperti, they got the name of “The Magic Trio”. Thanks to them, Juventus won the tenth scudetto and two Italian Cups.

A new era of success for Juventus

The seventies didn’t go unnoticed and it’s even known as “the legendary cycle”, during which the best players of the national championship became part of the team. At that time, Juve also won its first European Champions Cup.

In 1985, Juventus took part in the final of the Intercontinental Cup with the Argentinos Juniors from Argentina, who they beat during penalties. It became the first club in the world to win all the possible international competitions at the time.

Star players began arriving at the club in the new millennium, including goalkeeper Gianluigi Buffon, Czech Pavel Nedved, and the Frenchman Zinedine Zidane. Fabio Capello was one of the coaches during that era.

Corruption, a historic blow for the club and its recovery

In 2006, because of a scandal about the appointment of referees, the team has points deducted, which led to its relegation to the B Series, in which it stayed until 2007. After recovering from that, the club won eight championship titles consecutively, from 2011 to 2019.

The string of titles in the Series A Championship, the Italian Cup, and the Italian Super Cup make Juventus the Italian team with the most trophies in the three competitions (25, 13, and 8, respectively). In total, La Vecchia Signora has 68 trophies: 57 local, 9 European, and 2 worldwide.

Since 1990, Juve plays its home games at the Stadio Delle Alpi, which was built for the World Cup of that year. It was torn down between 2008 and 2011 and was rebuilt for the locals.

The inauguration of the Allianz Stadium took place in June that year, and Juventus became the first Italian team to own a stadium. Furthermore, that day also held the commemoration of the 150th anniversary of the unification of Italy. A tribute was made to the victims of the Heysel Tragedy—an avalanche of fans in a Brussels stadium—and to the history of the club.

The player Luca Toni was in charge of scoring the stadium’s first goal during the opening match between the locals and England’s Notts County.

The first official match for the local championship was against Parma and the hosts won by 4 to 1. A year later, Juventus would celebrate their first national title of the many that came later on.

If you want to visit the Juventus stadium but there’s no match that day, you can still visit its museum (the J=Museum) where trophies and other interesting objects are in the exhibit.

There’s also the walk of fame which displays the name of the 50 most important players and highlights the club’s history.

The 6 Biggest Stadiums in the World
The biggest stadiums are scattered all over the world, going way beyond Camp Nou. Learn about the top six in our post today! Read more »
Link copied!
Interesting Articles
Sports
Doping and Sports