Learn Everything About the Rugby World Cup

The Rugby World Cup is one of the most important events in this sport. It's been played since 1987, after several attempts of organization. Learn all about it in the following article. 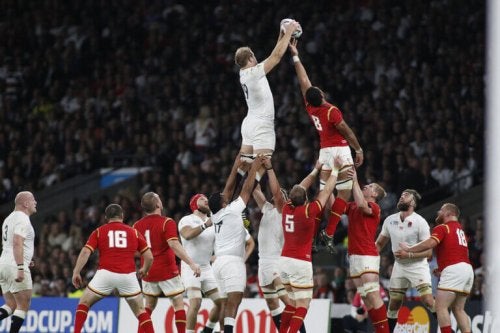 It’s the most important competition in this sport, although it’s more modern than other tournaments, such as the Six Nations. In the following article, we’ll tell you all about the Rugby World Cup, its history, and the top champions.

We don’t have to go too far back in time to talk about the Rugby World Cup, as the first attempts to organize it date back to 1947. Back then, the president of the French Rugby Federation expressed the idea of putting together a competition in which teams from the two hemispheres could participate.

The suggestion was dismissed as crazy. It’s important to keep in mind that the current Six Nations and the Rugby Championship already existed by then.

Other attempts to organize a World Cup came in later years, through an Australian player and another FFR president. But they always rejected the initiative, until they had no choice but to accept it in the 1980s; either that or they realized it was a fabulous idea.

The beginning of a tradition

The first Rugby World Cup took place in 1987 with two shared hosts: New Zealand and Australia. They invited other teams besides the seven members of World Rugby. The Soviet Union rejected the invitation, Samoa was controversially excluded, and South Africa was prohibited due to its apartheid policy.

The All Blacks were the champions of the first World Cup. They defeated France 29-9, in what would be the finals of a successful contest that showed the power of the ‘strong’ teams in comparison to the rest.

The next edition happened in 1991, in the United Kingdom. South Africa still couldn’t participate, and there was a Canadian team that shocked everyone when they got to the quarterfinals. The decisive match took place at the Twickenham Stadium, where Australia defeated England (12 – 6).

The third Rugby World Cup was held in South Africa, and it was quite an event. The Springboks could participate and organize a World Cup for the first time!

With Nelson Mandela as president and the apartheid policy on the verge of disappearing, South Africans had the honor of hosting the greatest powers of Rugby in their home. And they even became the champions, defeating no less than the All Blacks by 15 – 12.

The last World Cup of the millennium took place in 1999 in Wales; although there were also matches in France and Ireland. Australia won the Cup for a second time by defeating France 35 – 12 in the final.

Australia organized the next Cup, and it happened in 2003. Until then, all the winners had come from the Southern Hemisphere, but that changed quickly in this edition. There were twenty participating teams: eight by direct classification, and 12 by general qualifying.

In the final, the locals faced the English team, with a victory by ‘The Rose’ of 20 – 17, with a drop in the last minute.

A new Rugby World Cup took place in 2007, this time in France (with some matches in Scotland). It was the worst participation of New Zealand, who lost in the quarterfinals, and the best of Argentina, who reached the semifinals. The winner was South Africa, defeating England 15 – 6.

They say that life gives you the opportunity for revenge, and this is even more true in sports. The 2011 World Cup served to prove that the All Blacks, despite being defeated, were still the best. Oceania was the hosting country, and in the finals, the locals beat France at Eden Park in Auckland.

The next edition, in 2015, would allow the All Blacks to become the first two-time champions of the Rugby World Cup. In this edition, England was once again the host after 24 years. The final duel was between southern teams: New Zealand and Australia. The result was 34 – 17 in favor of the All Blacks.

The last Rugby World Cup (so far) happened in 2019. For the first time, it took place in Asia, more precisely, in Japan. The locals showed a very good level and reached the quarterfinals. They even had a victory over Ireland.

In the finals of this competition, South Africa and England faced each other. The Springboks won by a resounding 32 – 12 at the Yokohama International Stadium and took the trophy.

Ultimately, statistics indicate that New Zealand and South Africa are the top winners, with three editions each. Australia comes right after with two, and England with one. The next competition will take place in France in 2023. Which team will manage to rise to the top of the rugby world?

The Best Ironman Races in the World
According to experts, the best Ironman races should be challenging for athletes. In addition, they should have beautiful landscapes. Read more »
Link copied!
Interesting Articles
OTHERS
Rules of Competitive Rhythmic Gymnastics