The 5 Greatest Boxers in History 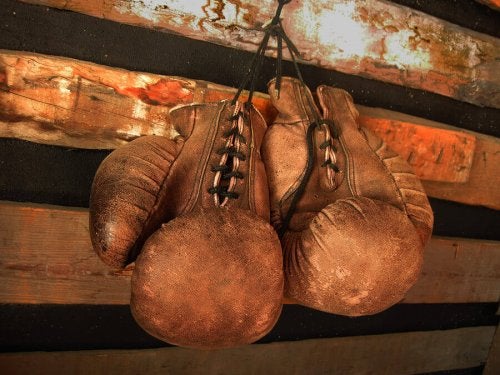 Boxing comes with an incredible history as well as unforgettable athletes. In our post today, we want to share a list of the greatest boxers of all time.

Who are the greatest boxers of all time?

You don’t have to be an expert boxer to know who the greatest in the world is. They pushed themselves past the records and will always be remembered for their wins in the ring, and sometimes their life outside boxing as well.

Born Cassius Clay in Kentucky, United States, Muhammad Ali is considered to be the greatest boxer of all time thanks to his achievements and championships. His started boxing with no intention of going professional, but once he started training he sailed into a boxing career that spanned for more than two decades.

Ali– who changed his name upon converting to Islam– fought in 61 matches and won 56. Of those 56 wins, 37 were K.O.s. Meanwhile, of the five matches he lost, he was only knocked out in one of them. In addition to his impressive wins, Ali won an Olympic medal in the 1960 Rome games. His technique was considered unorthodox.

2. Mike Tyson: one of the greatest boxers

Mike Tyson just might be the most beloved name in boxing. He also had plenty of records to flaunt. Tyson was born in the United States in 1966 and was the youngest boxer to win a heavyweight world title: he was only 20 years old. He also won and simultaneously held the WBA and IBF crowns.

Tyson was known for his ferocity, intimidation, and quarrels, which happened both in and out of the ring. The “kid dynamite” fought 58 matches and won 50 of them with 44 being knockouts. He retired in 2005 after losing against Irish Kevin McBride.

“Money” announced his retirement from boxing not too long ago, ending a career spanning 22 years. He’s one of the few boxers who can say he’s never lost a match.

Though he wasn’t known for his knockouts– which comprised only 27 of his wins– Mayweather always stunned with his sharp game.

Another honor that we can attribute to this all-American boxer who was born in 1977 (to a boxing family) is that he was a world champion in five categories: super-featherweight, lightweight, light welterweight, welterweight, and light middleweight.

Number four on our list of the five best boxers of all time comes to us from Mexico and is considered to be the most important boxer from that country. In his 25-year career, he won various world titles in three different categories: super-featherweight, lightweight and super welterweight.

Additionally, he racked up an impressive number of matches; no more and no less than 115, 107 of which he won— 86 by knockout. He lost six matches and tied two.

Chavez was famous for his left hooks, iron chin, and non-stop intimidation. He was also considered the best “pound-for-pound” in the 90s. He retired in 2005.

5. Rocky Marciano, another unforgettable name in the world of Boxing

Despite his clear Italian origins– his original name being Rocco Francis Marchegiano– Marciano was born in the United States. He began boxing in the army in 1944 and enjoyed it as a hobby for a few years. Strangely enough before boxing professionally, he tried his luck in baseball but didn’t have enough strength to pitch the ball!

Just like Mayweather, Marciano never lost and boasted 49 victories– of those 49, 43 were knockouts. Marciano is the only heavyweight boxer to be undefeated throughout his entire professional career. He retired in 1956 when he was just 32 years old. He died in 1969 in a plane accident, one day shy of turning 46.

Are Fat-Rich Diets Bad for your Health?
We've always considered fats to be an enemy against our health. But today, let's take a closer look at fat-rich diets and debunk some myths! Read more »
Link copied!
Interesting Articles
OTHERS
7 Popular Desert Adventure Sports

In this article, we've put together a list of popular desert adventure sports so that you can organize a trip…

It's the most important competition in this sport, although it's more modern than other tournaments, such as the Six Nations.…

OTHERS
Learn the Basic Rules of Handball

OTHERS
The Most Devastating Sporting Tragedies

OTHERS
The 10 Powers of World Rugby

The teams on this list regularly play in the most important Rugby tournaments in the world, The Rugby Championship, and The Six Nations. Read on to find out more about…

OTHERS
The All Blacks: The World's Most Successful Rugby Team

The All Blacks are famous for their, unsurprisingly, all-black kit but also for the Haka that they perform before every…