Home » Sports » SOCCER » The Role of the Assistant Referee in Soccer

The Role of the Assistant Referee in Soccer

Assistant referees are professionals in charge of helping the main referee direct a soccer match. They have important functions which the regulations specifically detail. 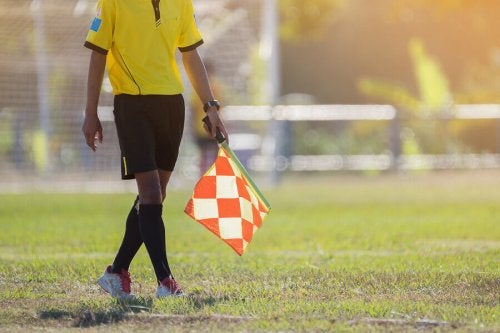 As their name suggests, the main task of an assistant referee in soccer is to help referees do their job. Their work can be key to enforcing the rules of this sport. It’s also necessary to ensure that people adhere to clean play at national and international levels.

In the following article, we’re going to be talking a little bit about the role of the assistant referee. People have previously given this position a range of designations in the past, such as flagman or line judge.

How do you define the role of the assistant referee?

In each match, you can see two line judges located at the sides of the playing field. This placement allows them to have a better view from the outside. Their task is to support the main referees on their job of determining infractions and punishments.

After a public modification of in the Rules of the Game 2007/08 in 2007, people have begun to recognize the supplementary referee’s role. Before this time, people usually saw this figure as someone who was supposed to substitute for the head referee in case of injury. They could also fill in if the head referee couldn’t do their job due to health problems.

According to soccer rules, assistant referees need to be present at all official matches. It also establishes that the refereeing team must have at least one substitute. Nevertheless, they can use lower-level assistants if there aren’t enough referees to direct a match.

What are the functions of the assistant referee in soccer?

The functions of the line judges are detailed under Rule 6 of the rules of the game created by the IFAB. In this text, they indicate that their main responsibility during soccer games is to judge and indicate offside offenses.

On the one hand, the assistants should clearly indicate when the players are offside by position or influence. This is also known as “outside.” Another one of their responsibilities is to note when the ball crosses the boundary lines of the playing field. That leads to the players being unable to continue a play.

The referee’s assistants also tend to signal throw-ins, goal kicks, or corner kicks. They also inform people of when the goalies are too far forward during a penalty kick. Likewise, they can also help to position the wall during free kicks. Specifically, they need to make sure that the players are at the correct distance.

Additionally, they might be able to help the referee understand plays that happen inside of the play area. This is especially true when they happen near the boundary lines. The assistant referees are in a strategically advantageous placement to judge such plays. Likewise, the assistants shouldn’t intervene or point out infractions that happen far from their positions. If they do so, they might hamper the refereeing of the match.

In principle, the assistant referees should indicate their decisions from outside of the playing field. Nevertheless, they can enter the field in specific circumstances. For example, they can do so when the main referee calls them in to discuss a play.

The relationship between referees and their assistants

The main referee’s judgment also takes precedent over the assistant referee’s instructions. Their work is to provide aid to the referee for plays that happen far from the main referee. Nevertheless, they shouldn’t question the authority or competence of the main referee while providing this aid.

The main referee, in turn, is supposed to put their trust in their assistants. They should be able to confidently delegate the corresponding functions to these judges. That’s why the referee rarely tries to control the fringes of the playing field. Instead, they’ll tend to trust the competence of the line judges completely.

Currently, referees tend to leave their assistants with a wide range of responsibilities. That’s because they want to be able to focus as much as possible on the actions that happen inside the playing field. One example of their tasks is ensuring that the activity on the bench unfolds smoothly. They also have to send out the message when the teams want to make substitutions. 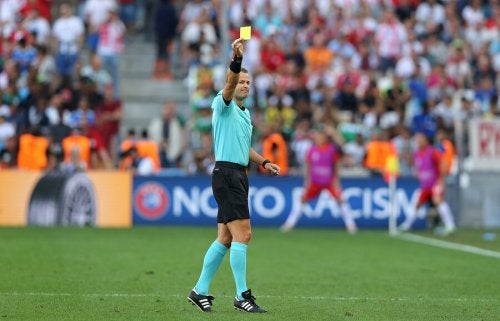 The New Rules For Soccer: What’s Changed?
The modification of soccer regulations is a subject that always sparks controversy. How do you feel about these new soccer rules? Read more »
Interesting Articles